A few fun ones – Winter surfing at Freshwater Bay

Long time no blog, so I’m back with a few pics from a fun little winter session at Freshwater Bay.

The day had started with a challenging surf at Compton fields in the morning, decent head-high waves and a cold / strong 24mph NW wind (cross-offshore) which held the waves up nicely but made going left almost impossible on my 7’6”. But some fun rights were to be had, the sun was shining and there was only two people in, sadly no photos as i was surfing!

Now normally one surf a day in winter is enough for me, but I was persuaded to come and have a look at Freshwater Bay in the afternoon, as there was still a little wave and the wind had dropped to below 20mph and was offshore now. I loaded the car with a cold wet wetsuit and chucked the longboard on the roof, telling myself I wasn’t going in and bringing the camera along as my excuse to not surf.

When i got there, the light was perfect for photos and there was a lovely little peeling wave with just a few people out, two shortboards and one SUP. I watched for a while and took some pics, I’ve had the 70-200 for about a year now but have still not used it for shooting surfing very often, but having now sold the sigma 500mm its become my go to surfing set-up (occasionally adding the 2x extender).

After a while the surfing itch got the better of me and before i knew it I was paddling out with around an hour of daylight left. I wished i could have carried on shooting as the photo opportunities got even better with the sunset, but there was a few lovely little waist high sets that peeled cleanly across the bay to keep me happy and my good friend Charlie got off his SUP and took a few pics of me surfing, so we sort of had the best of both worlds. 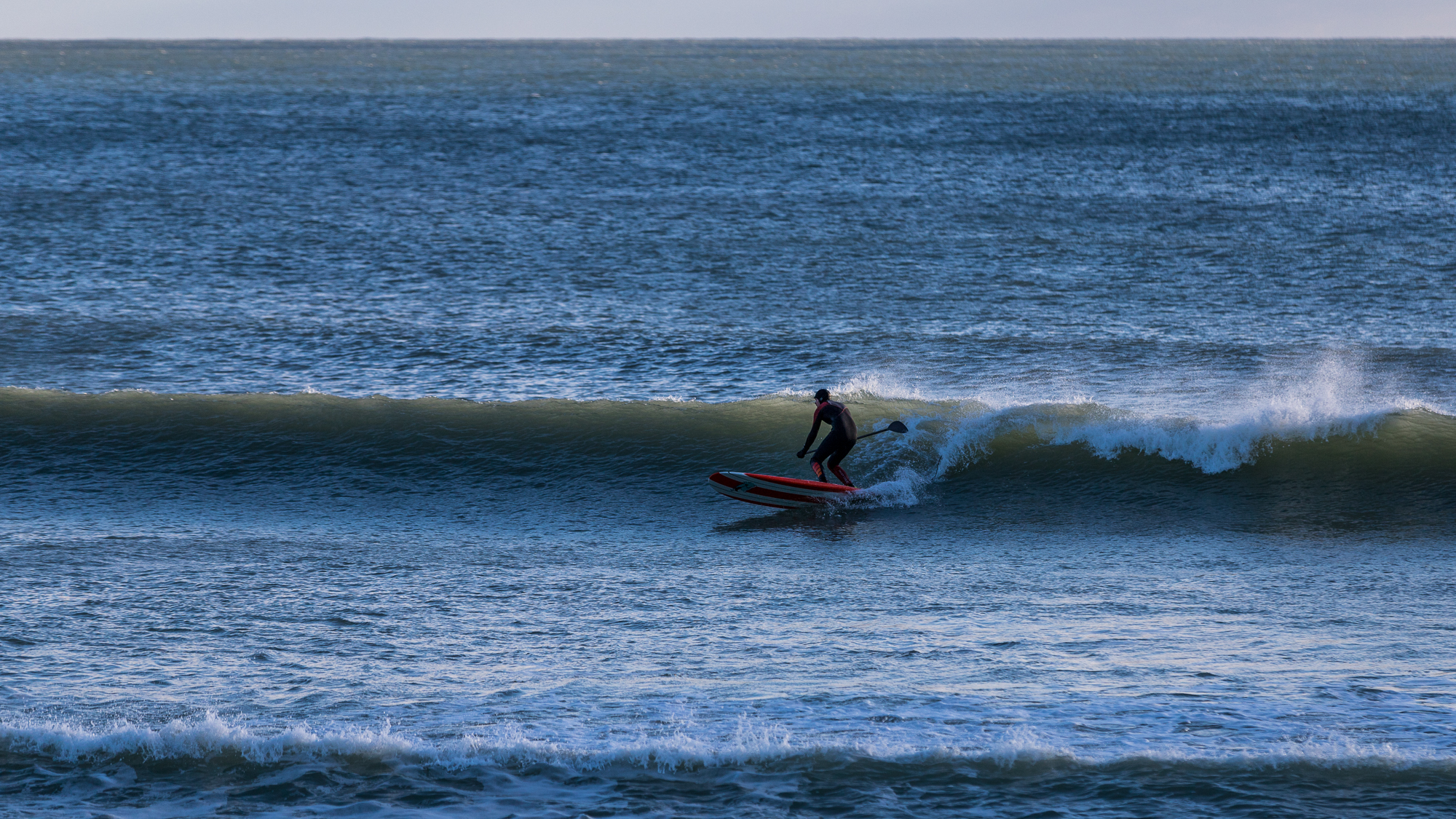 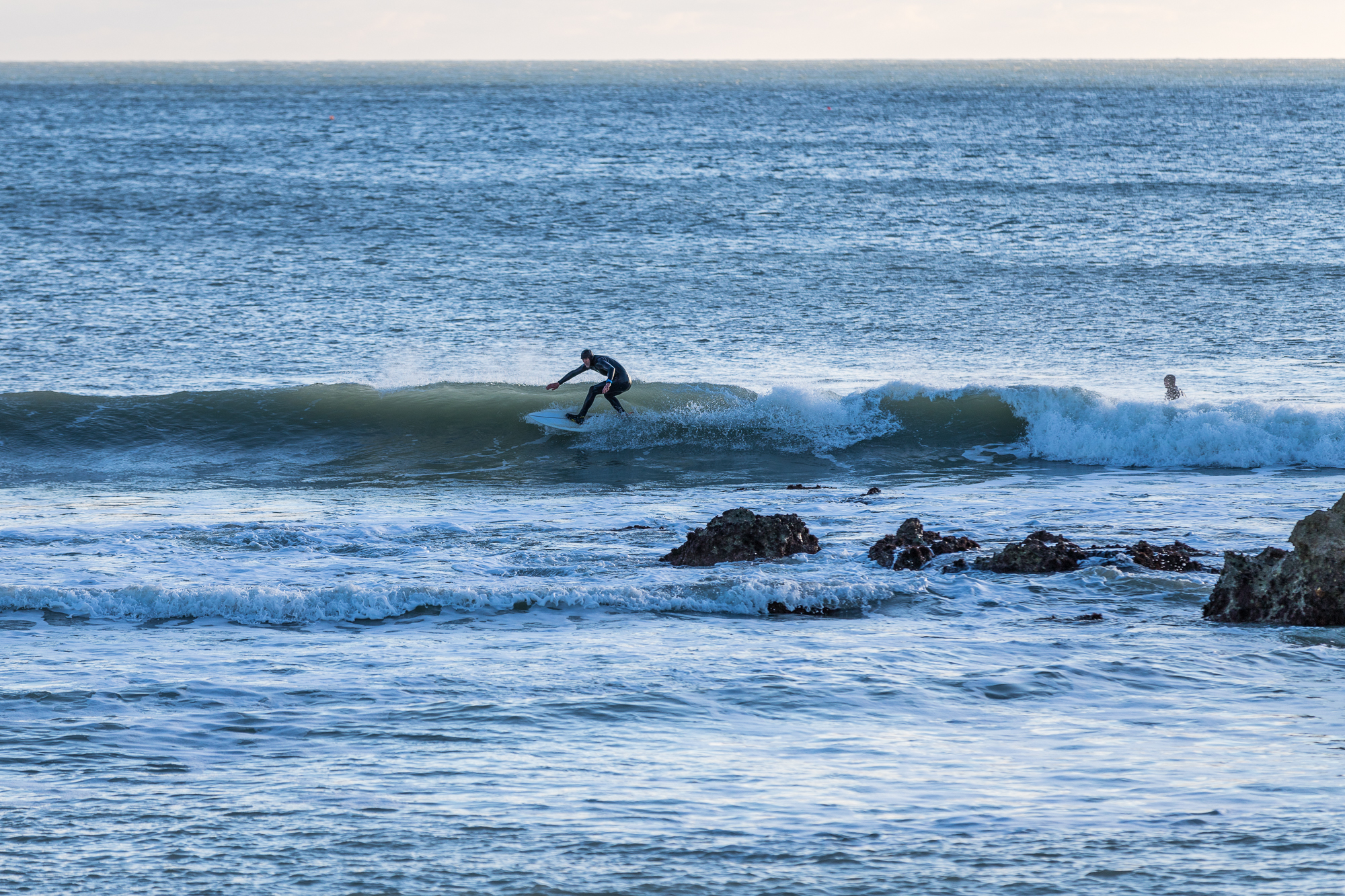 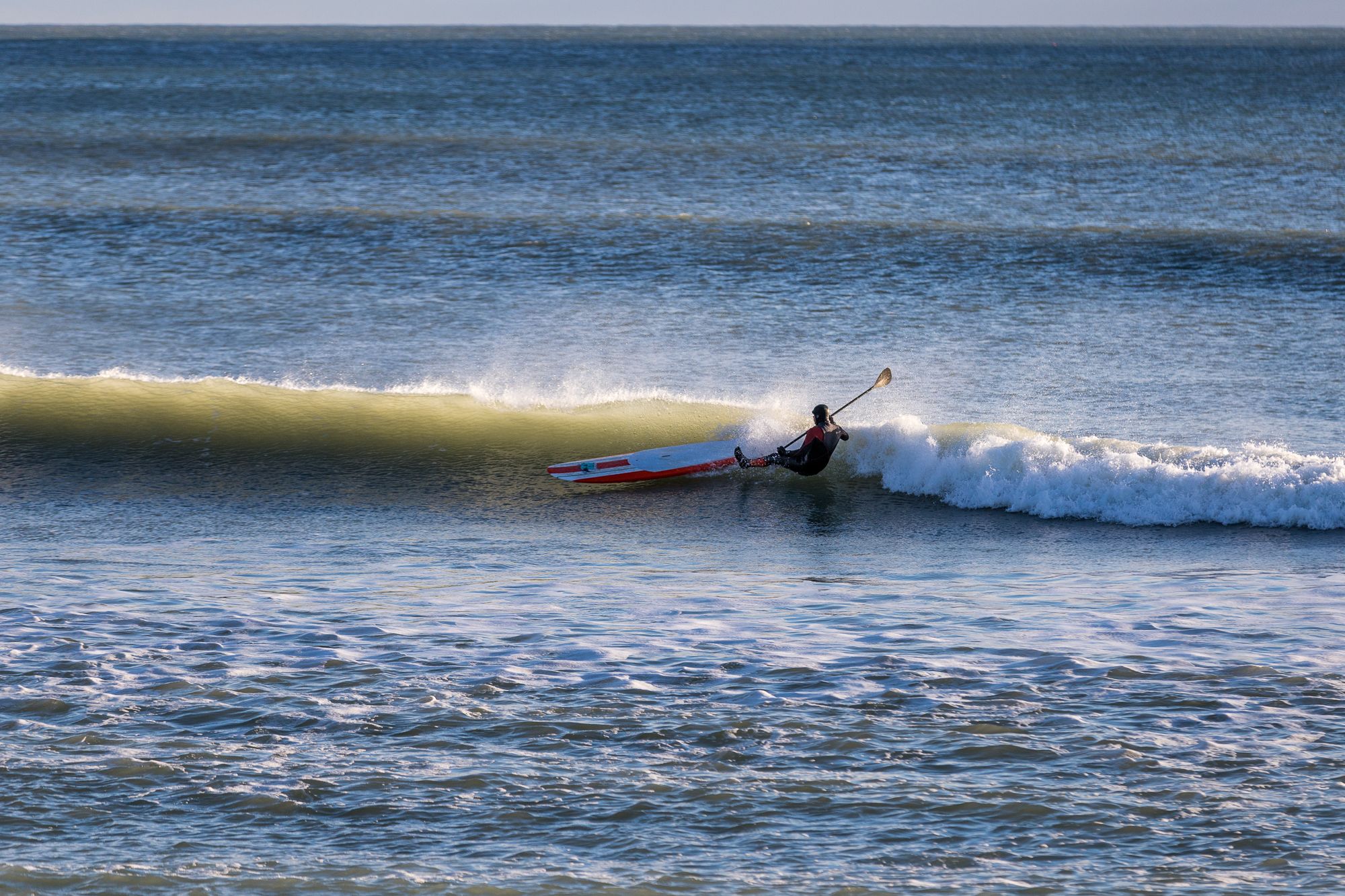 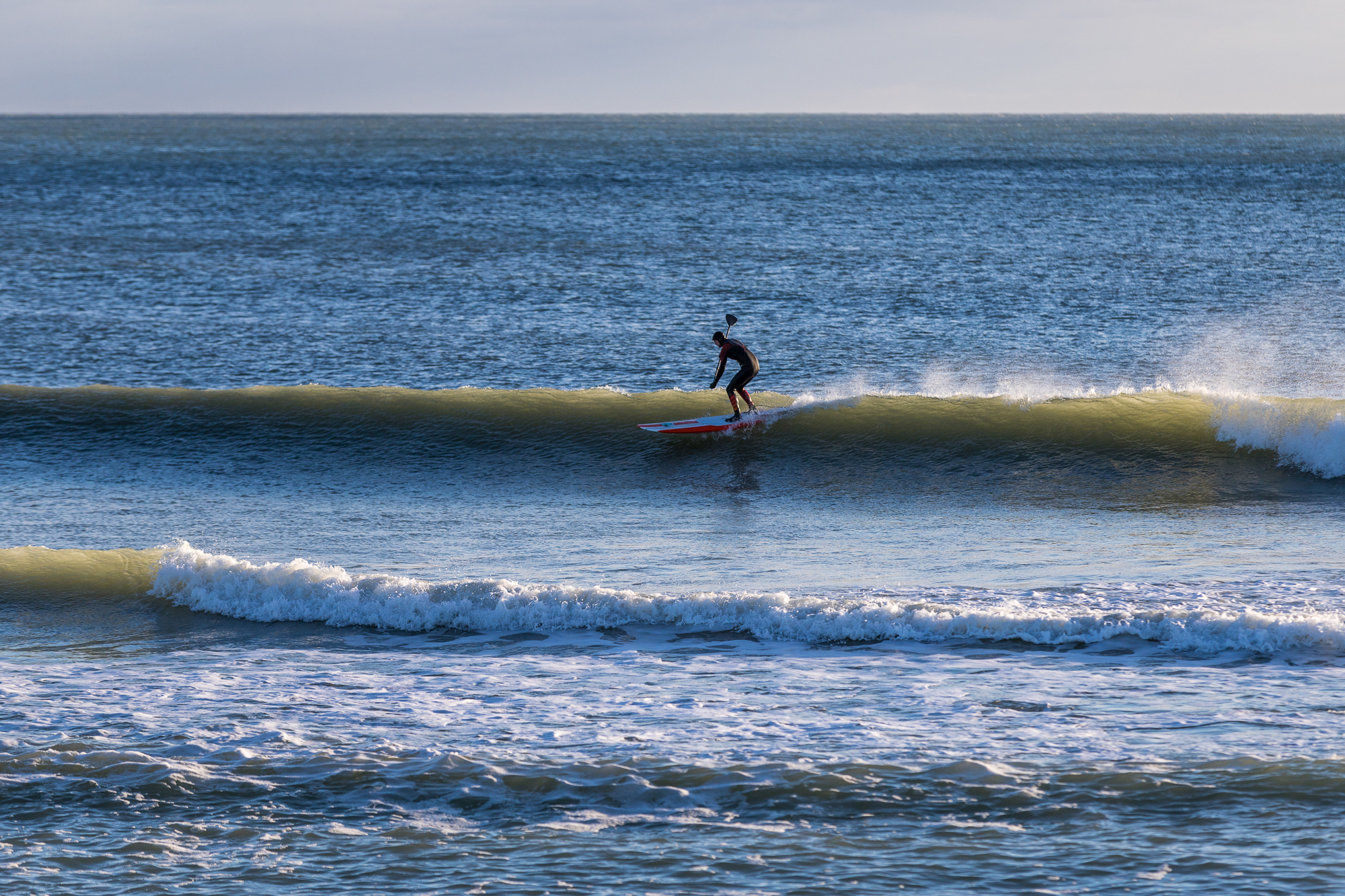 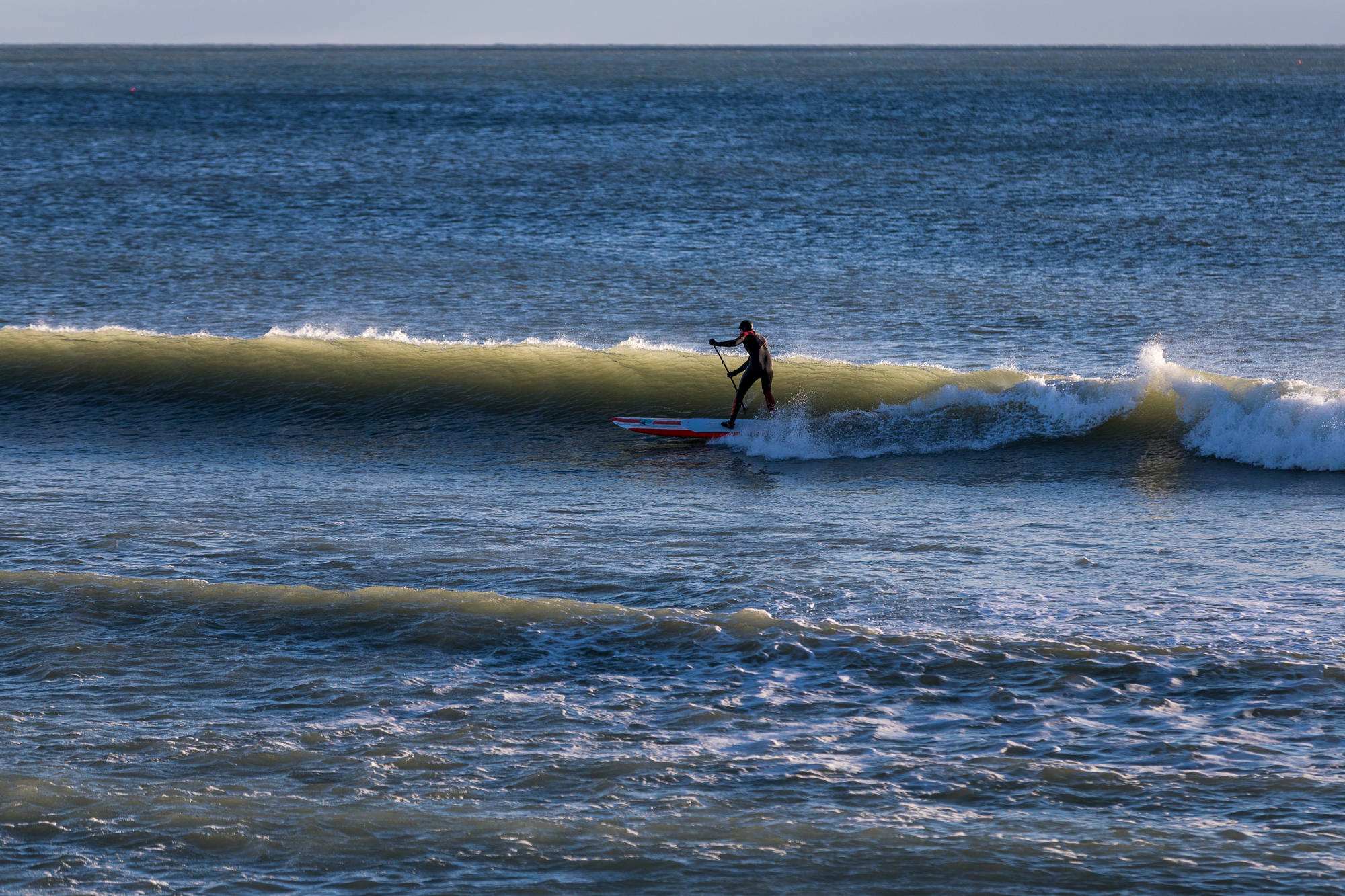 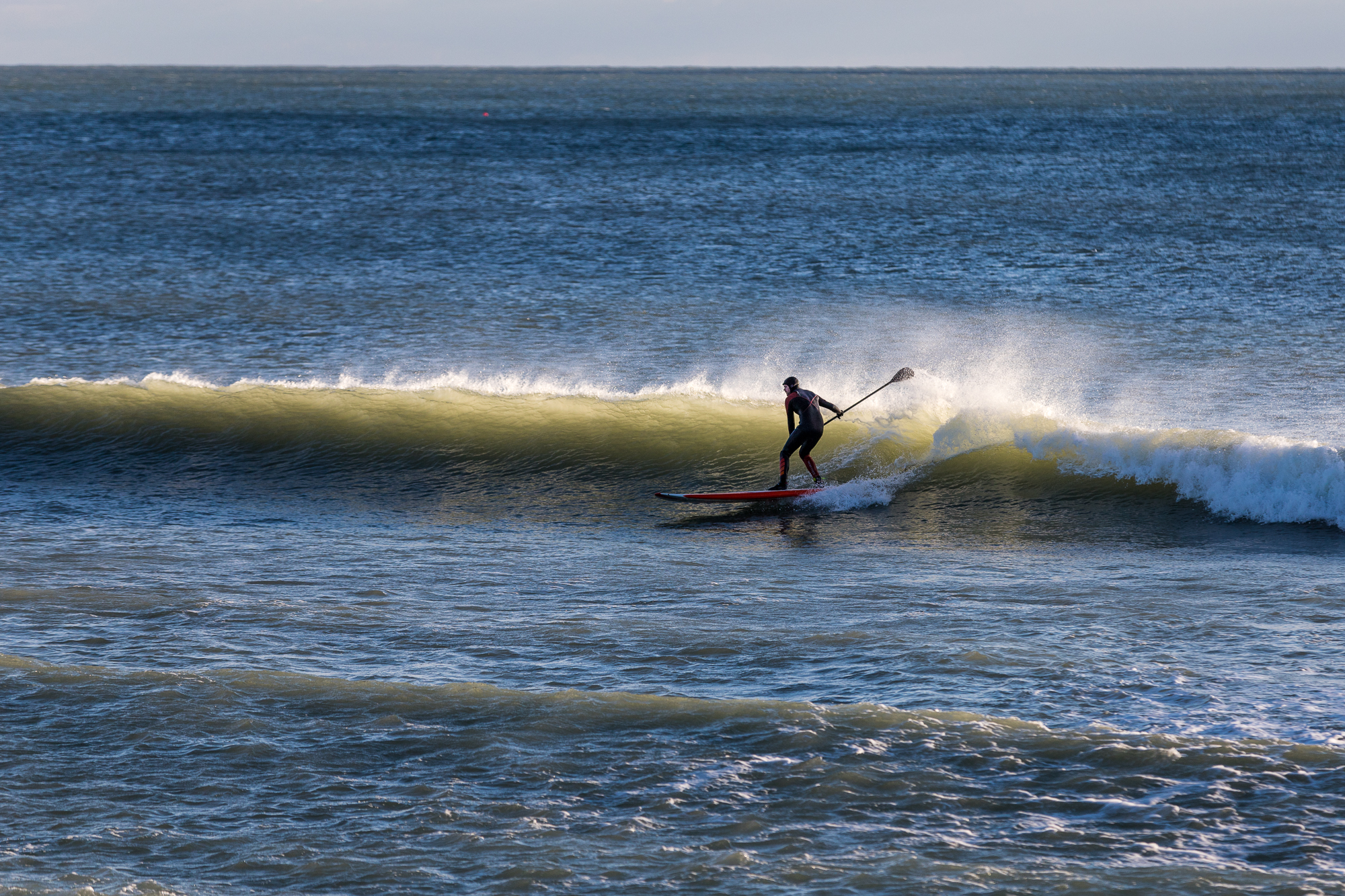 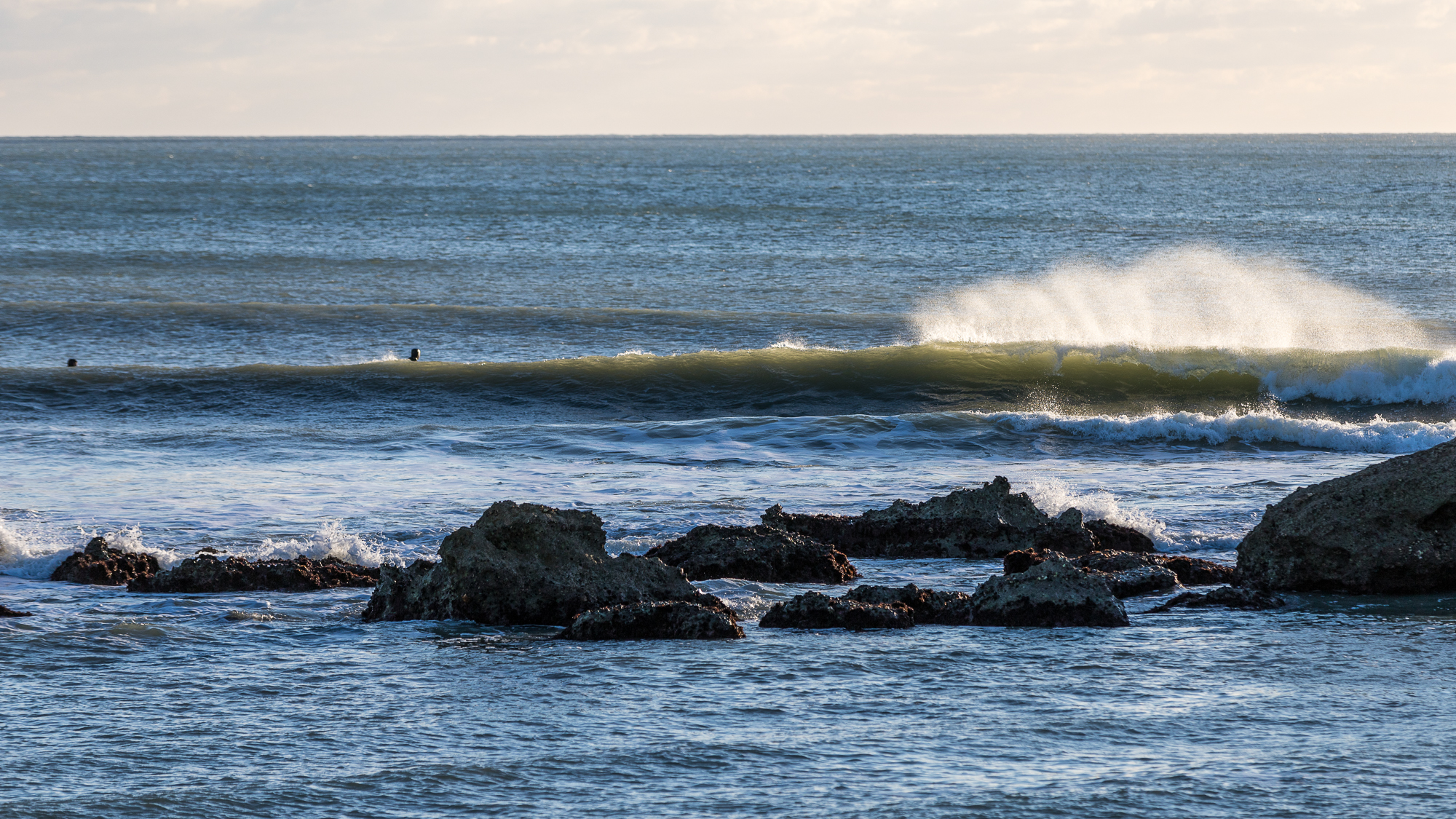 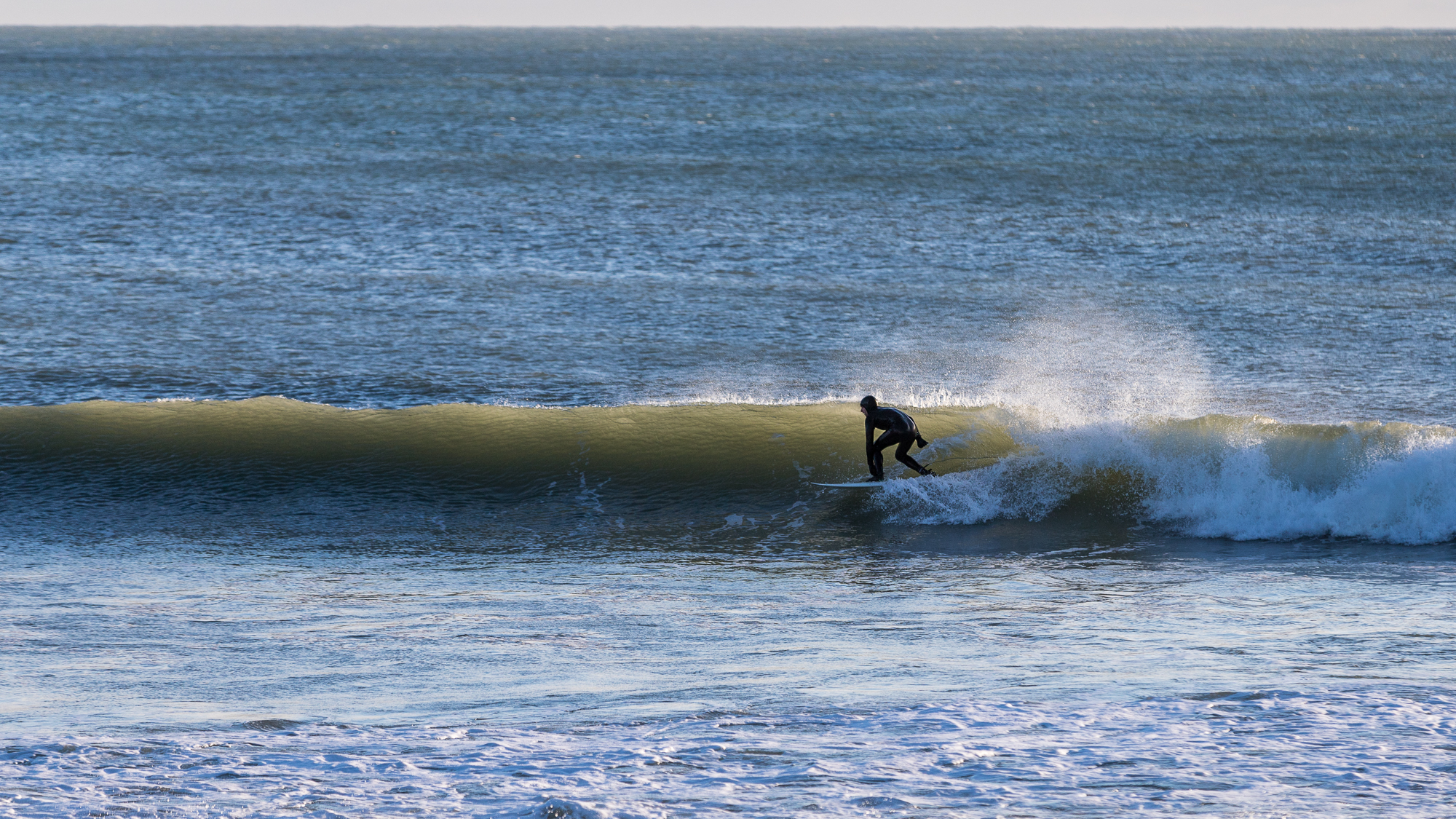 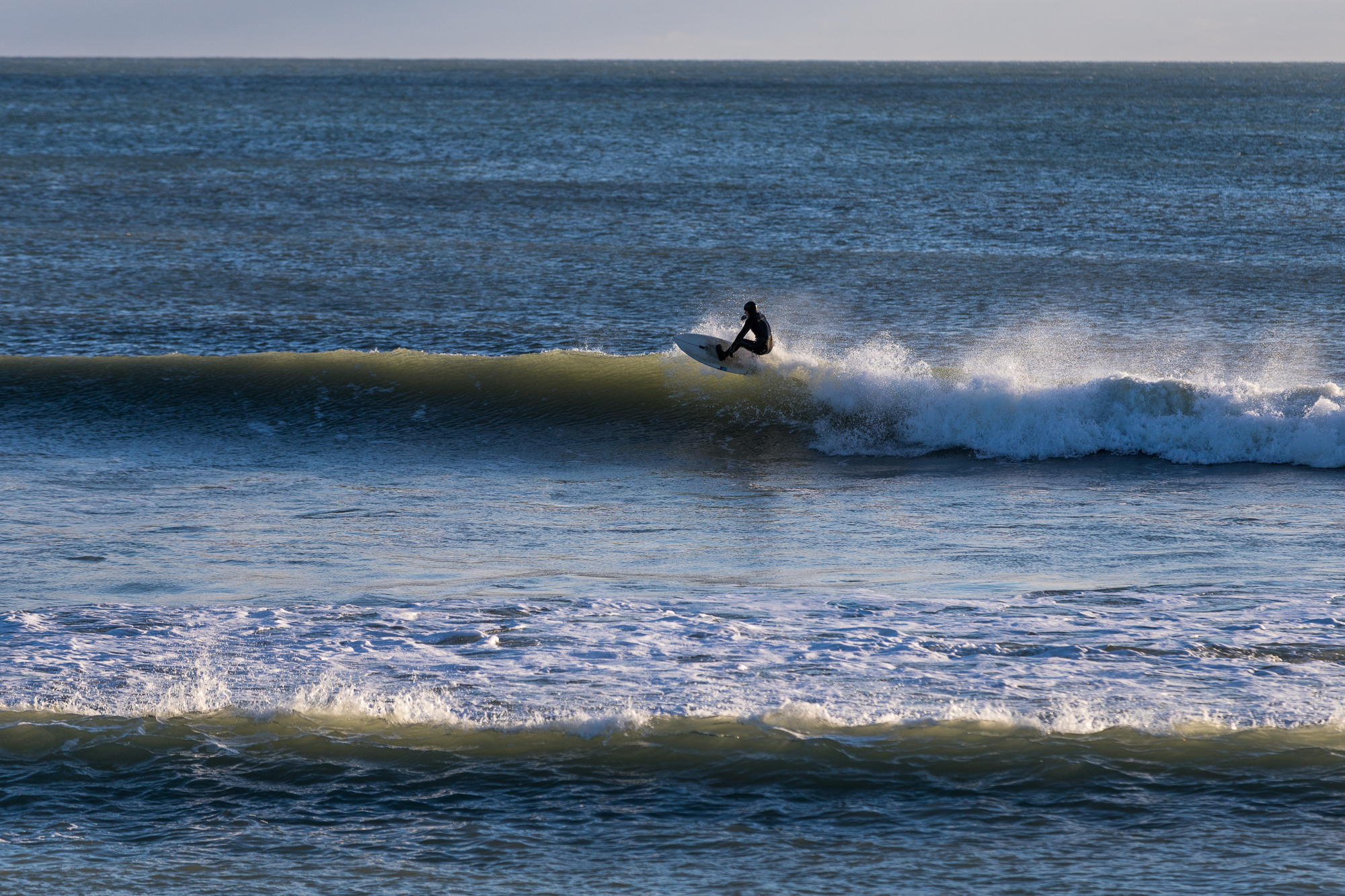 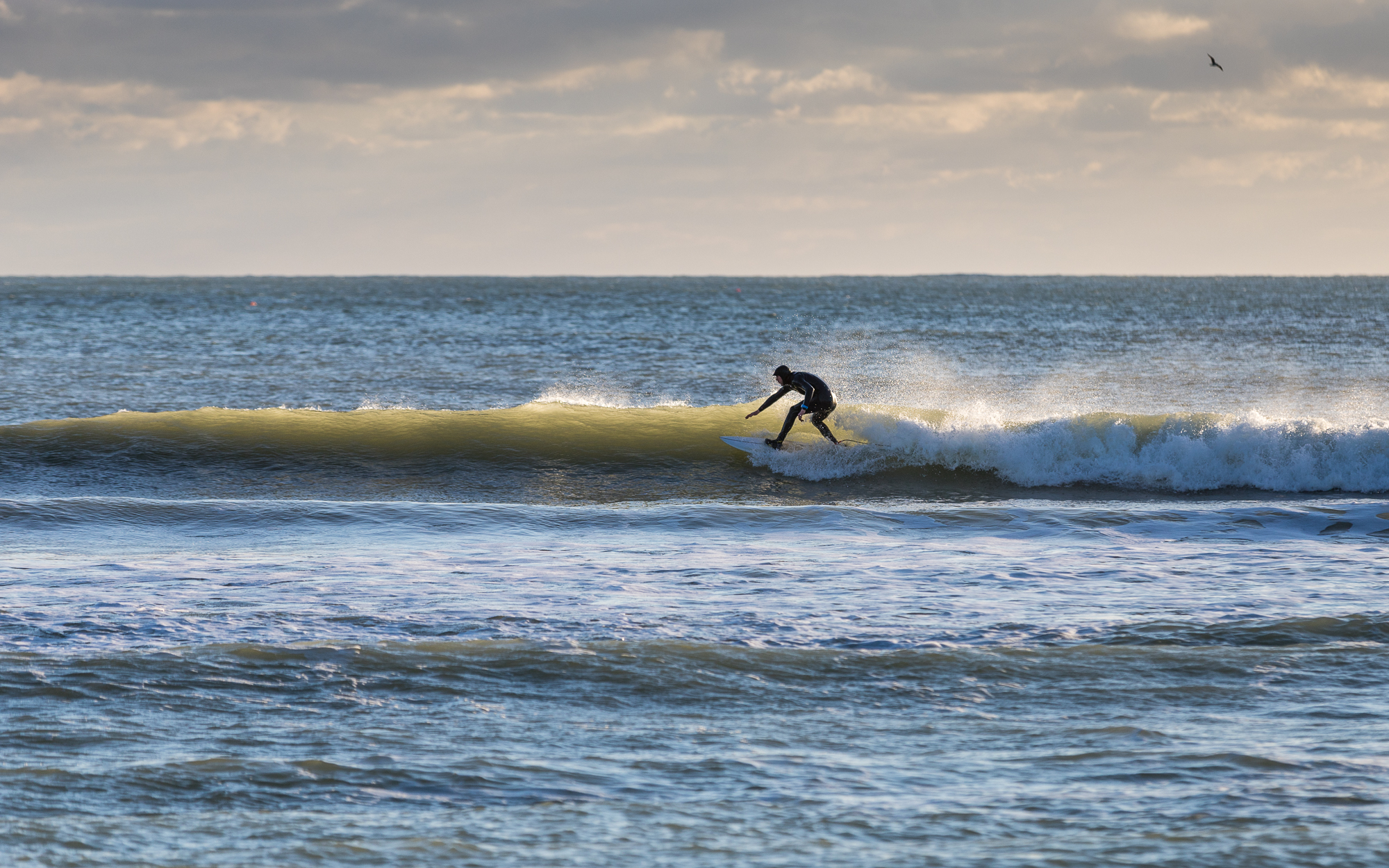 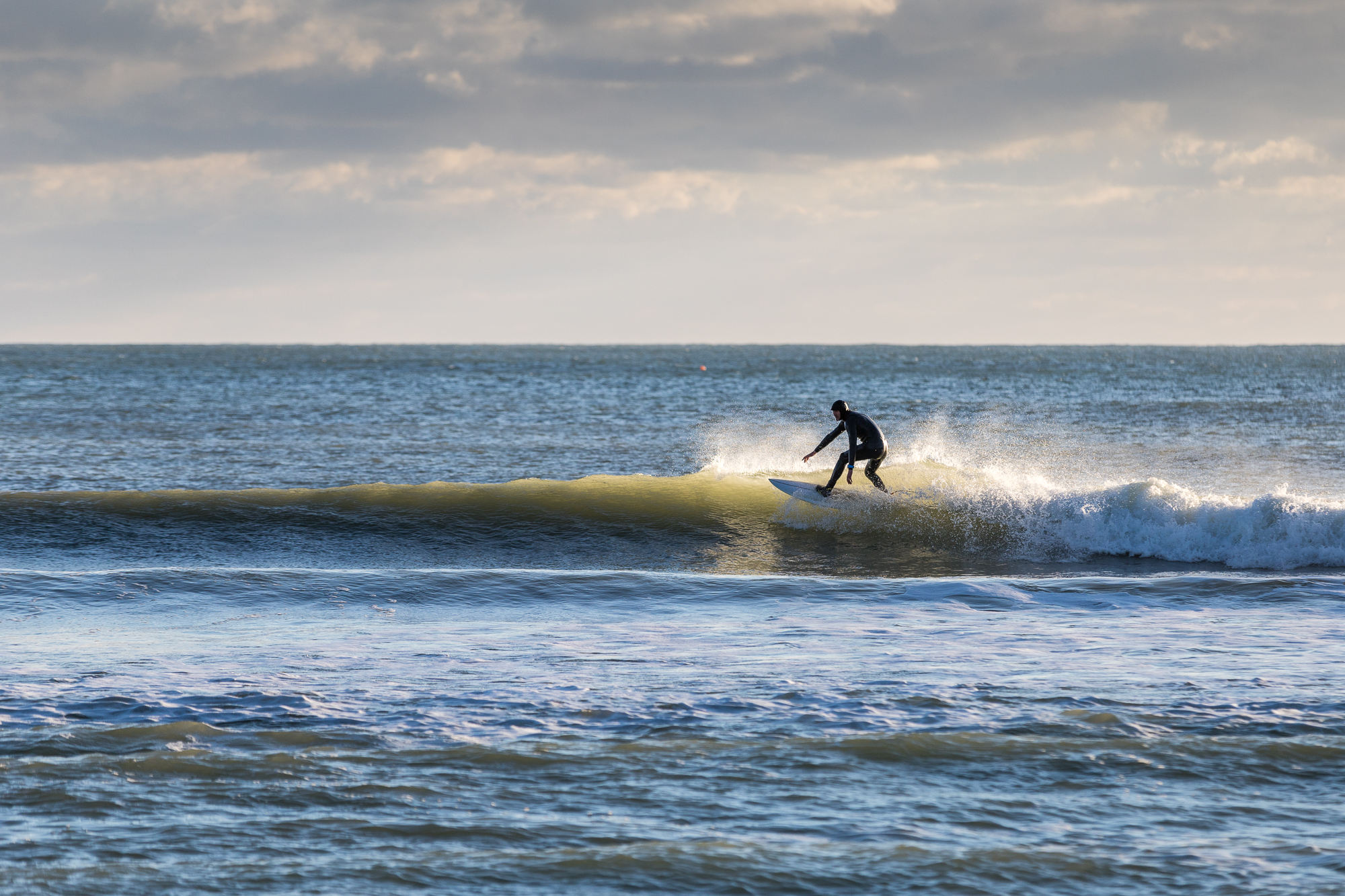 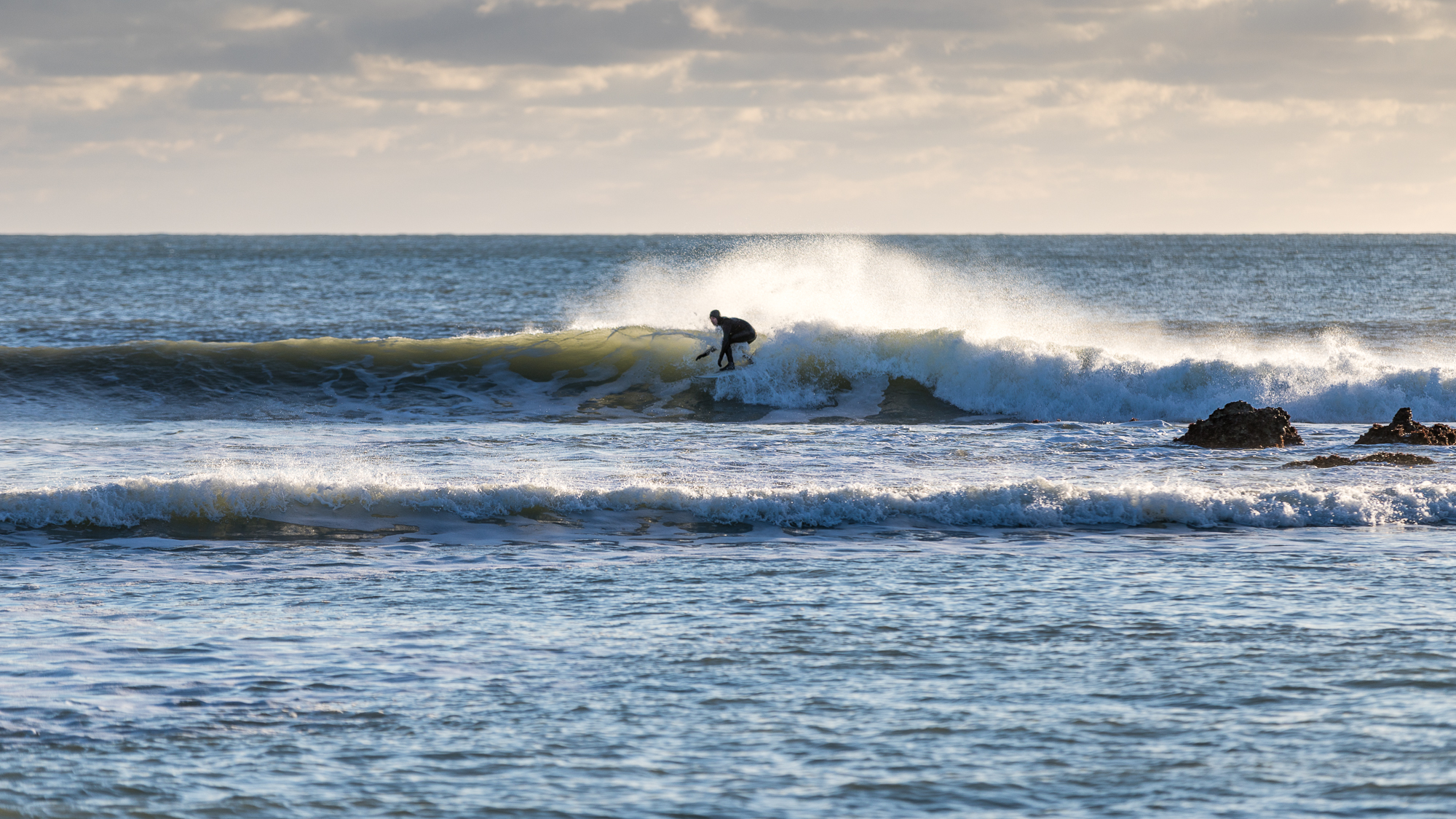 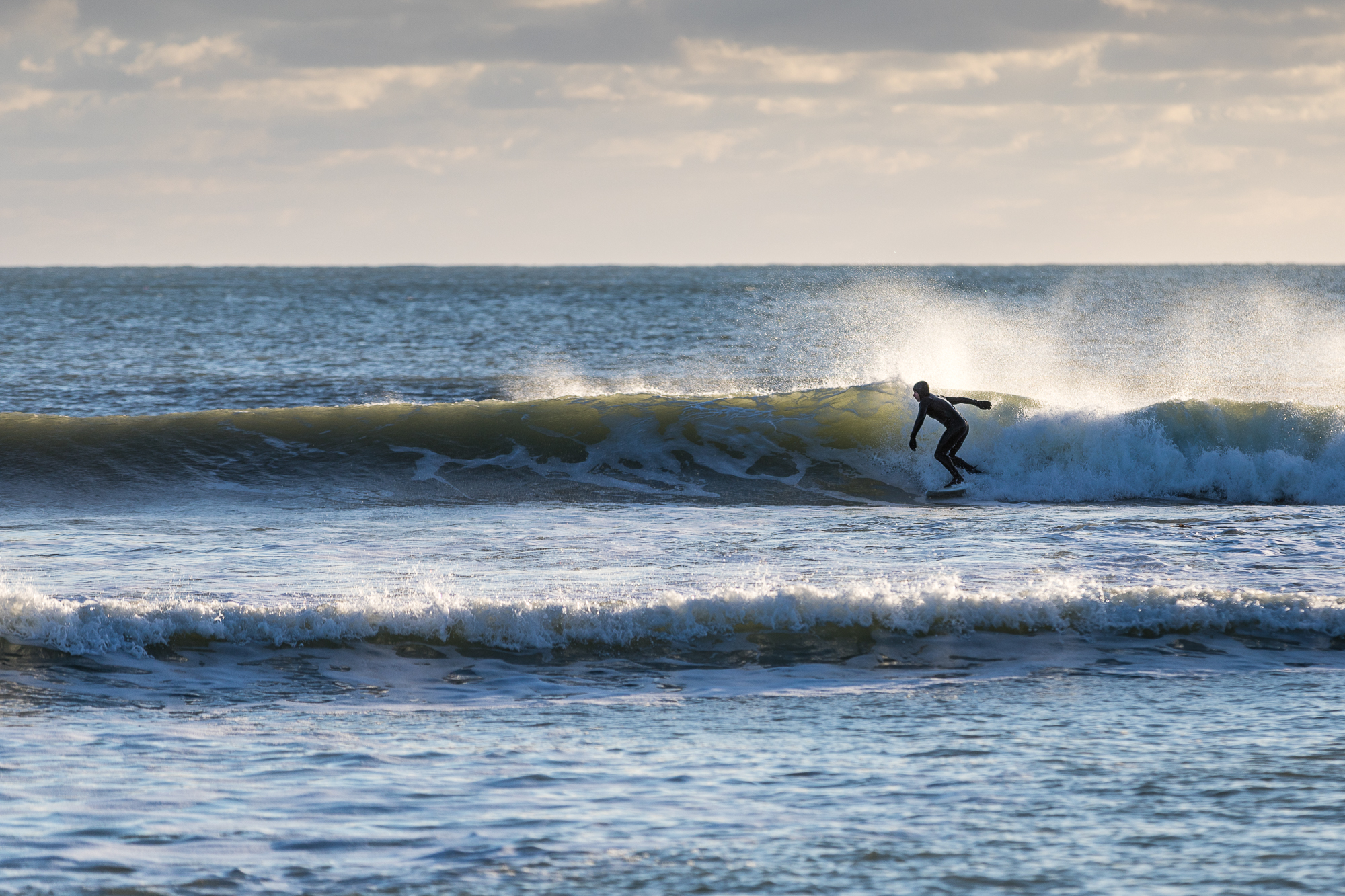 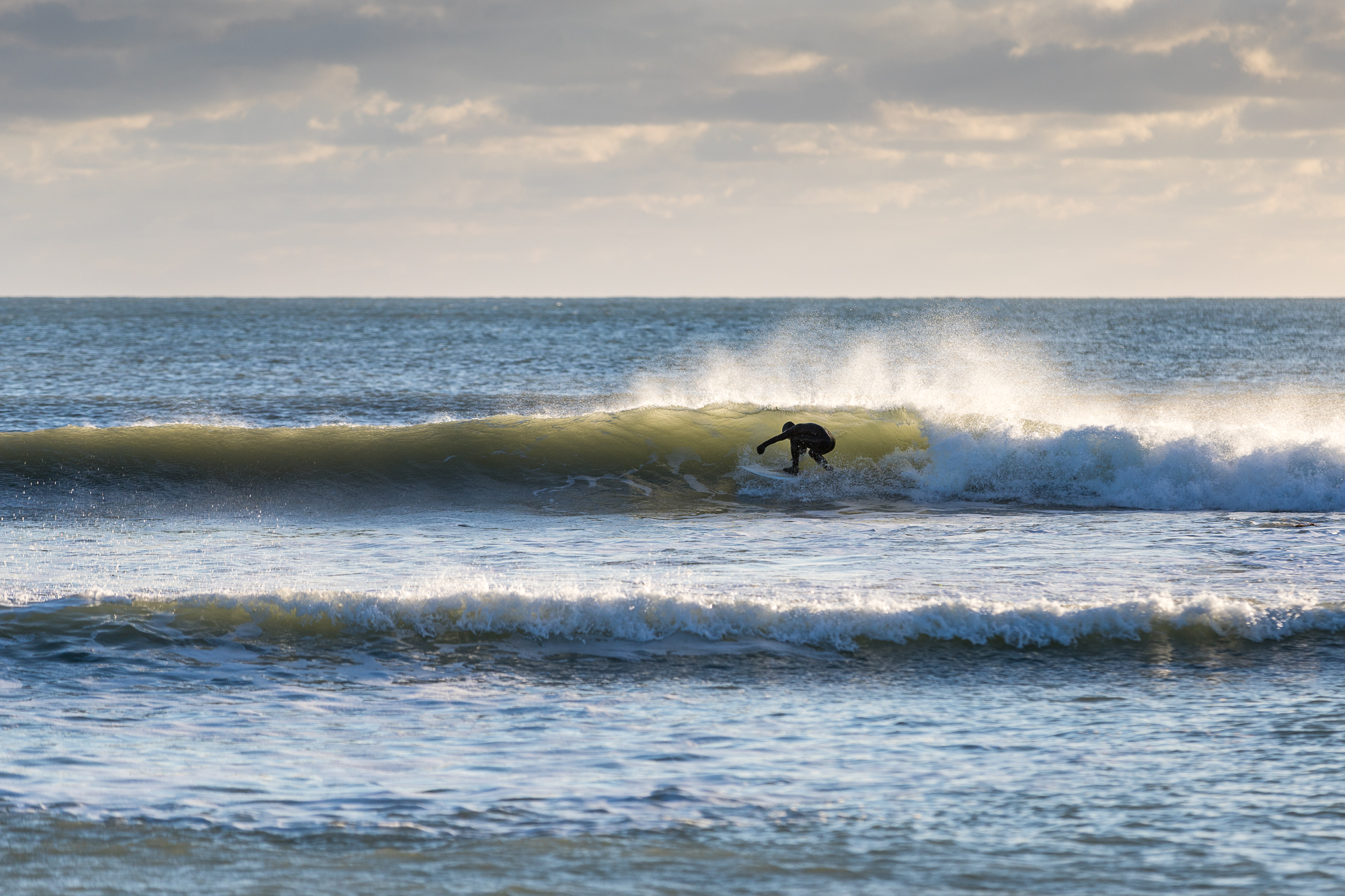 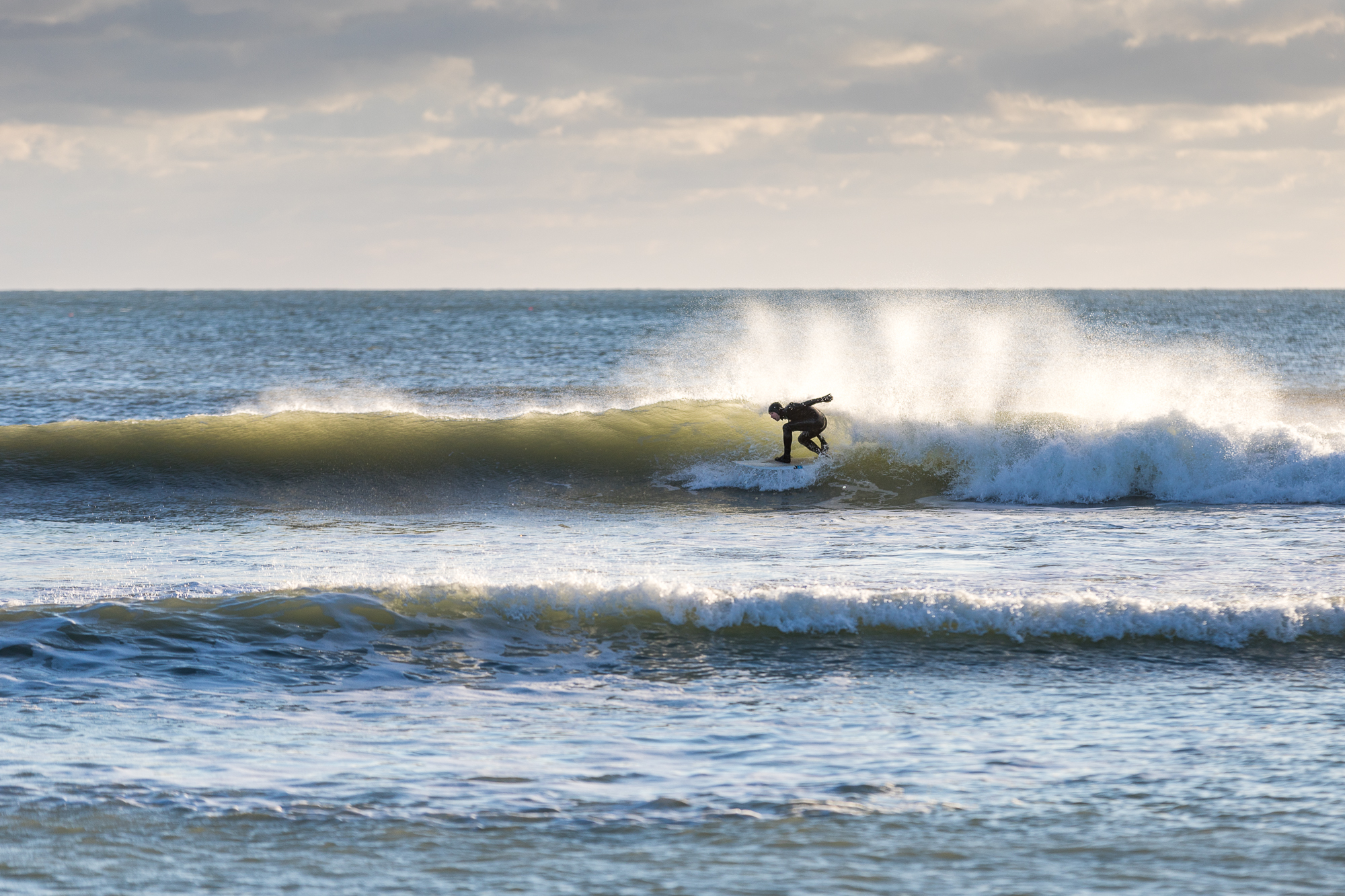 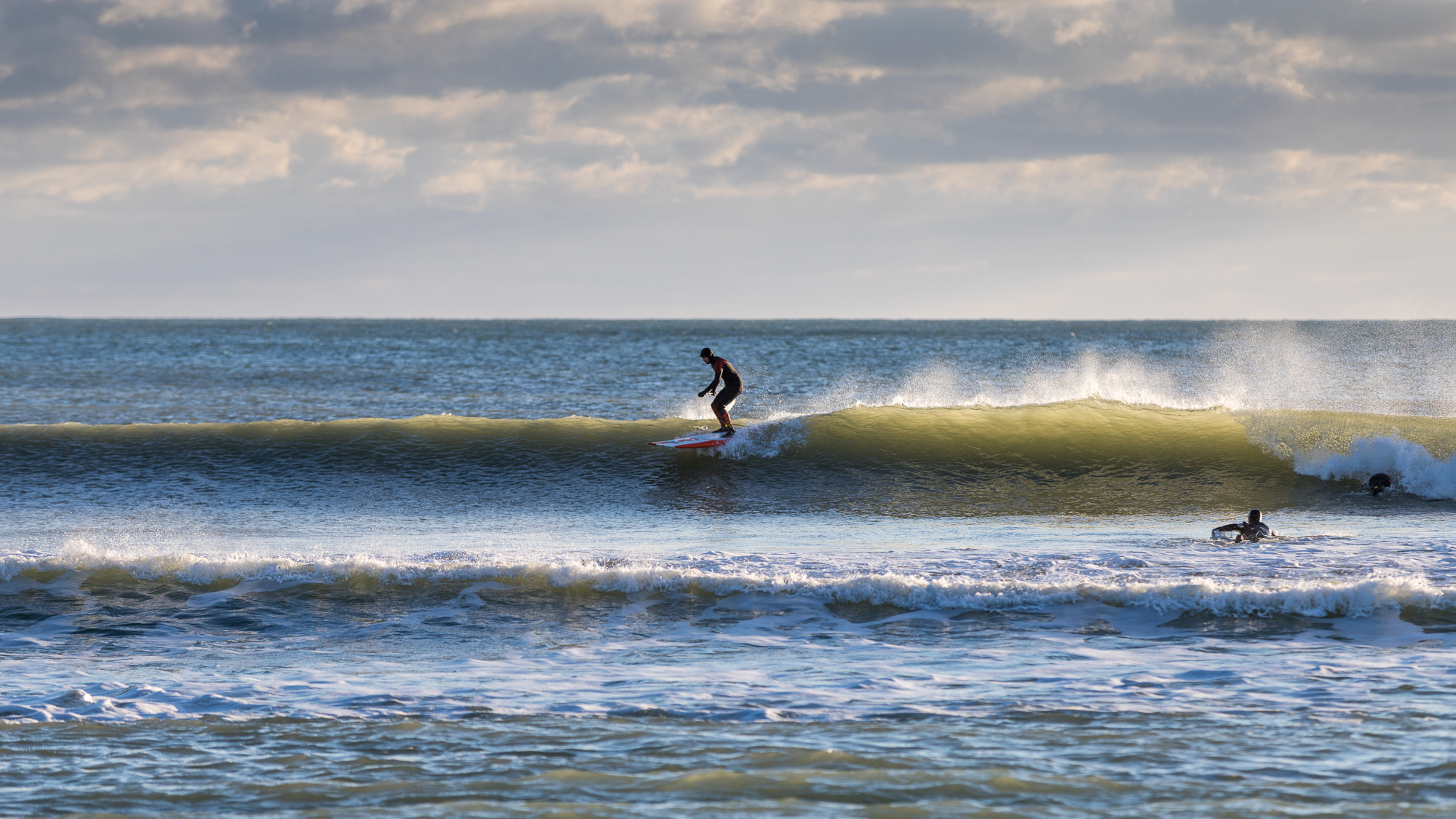 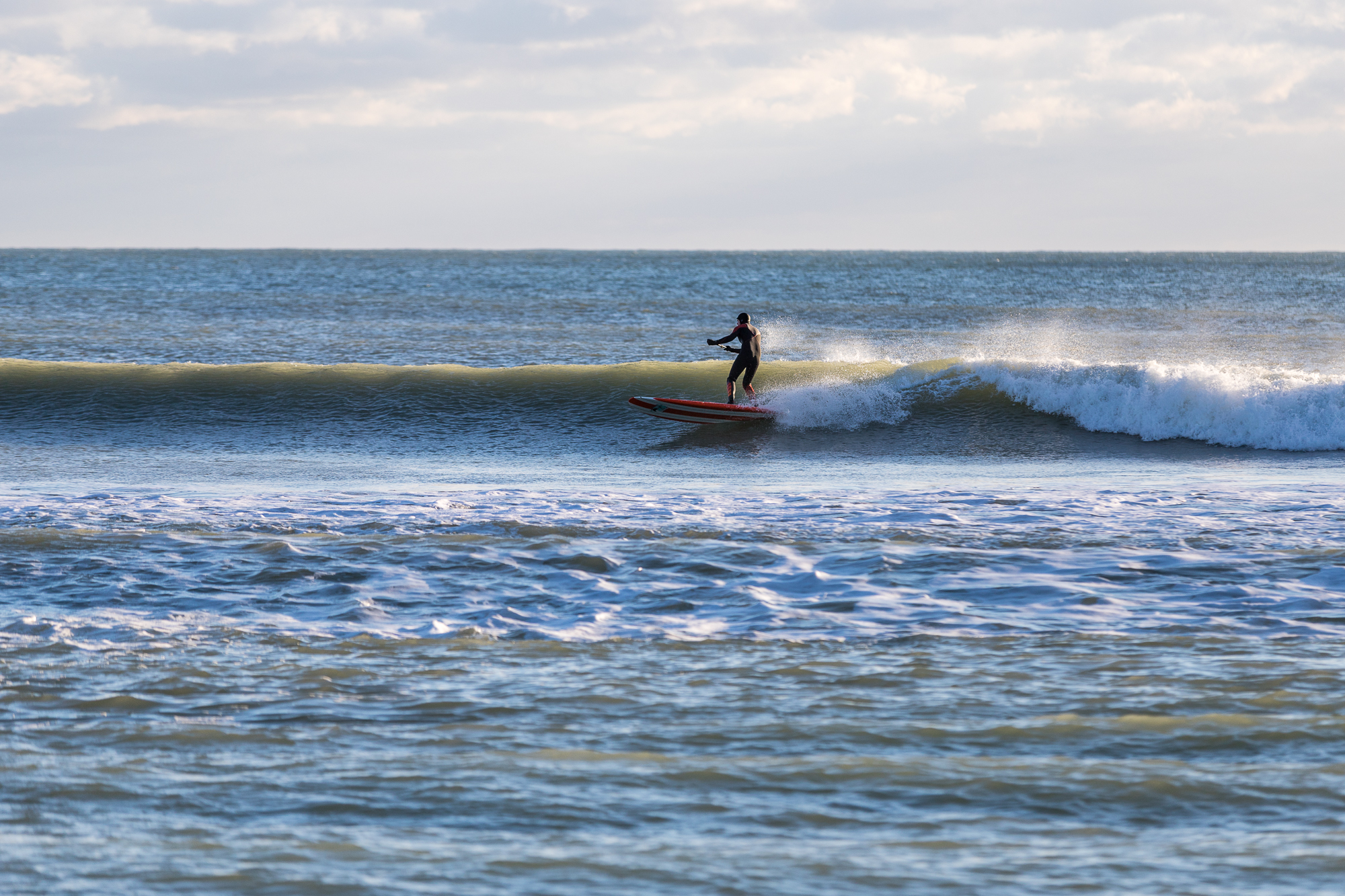 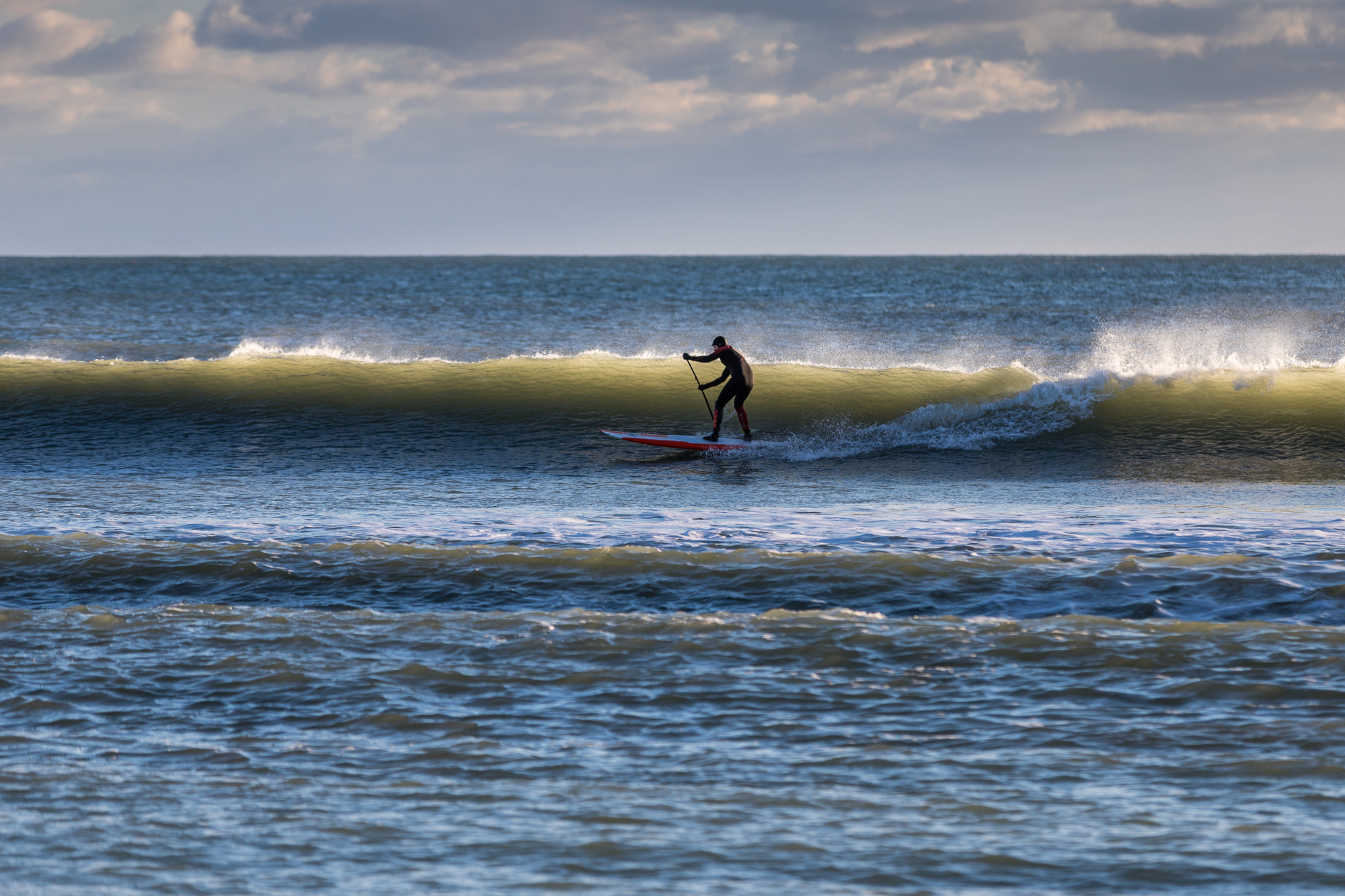 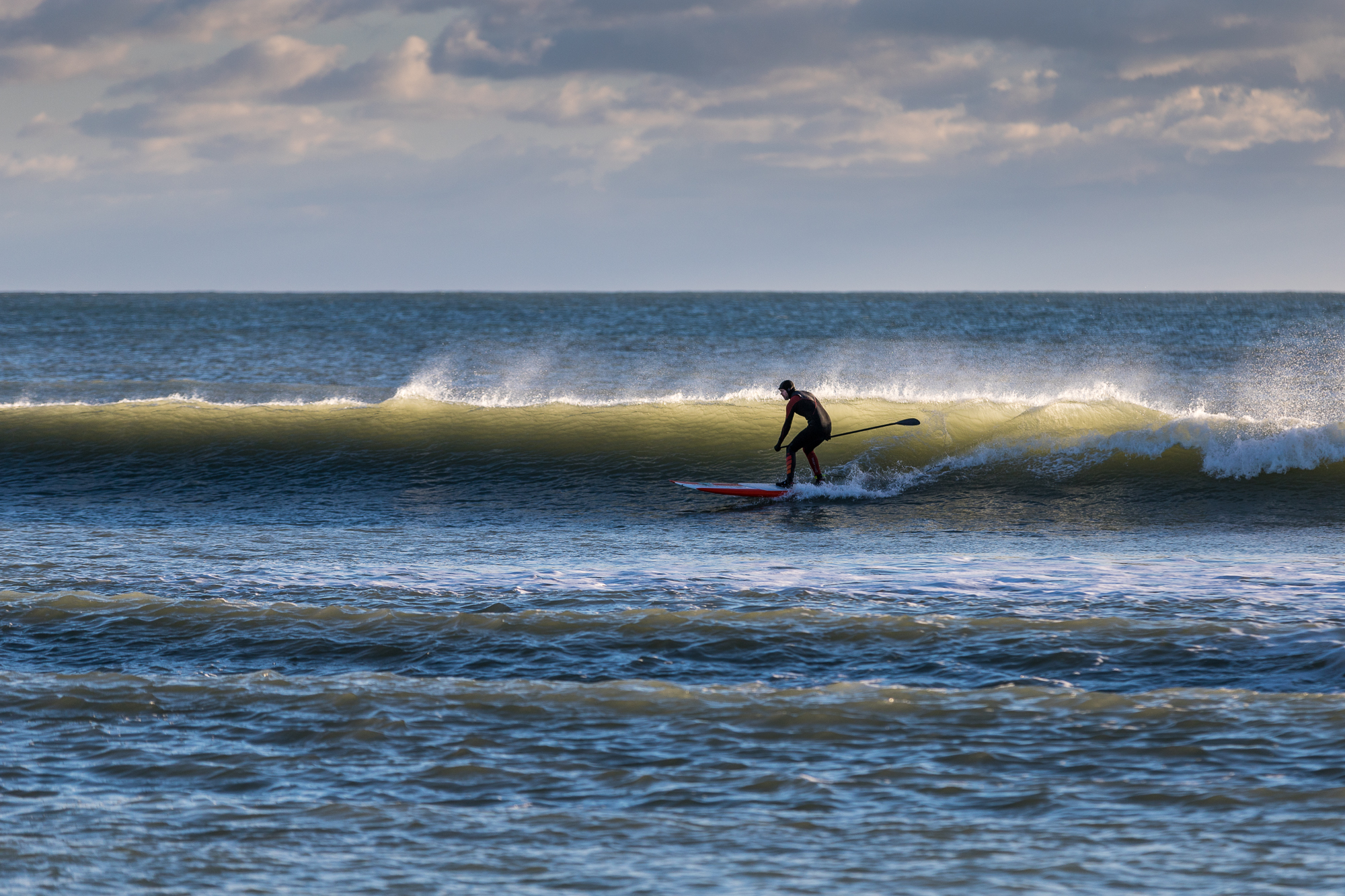 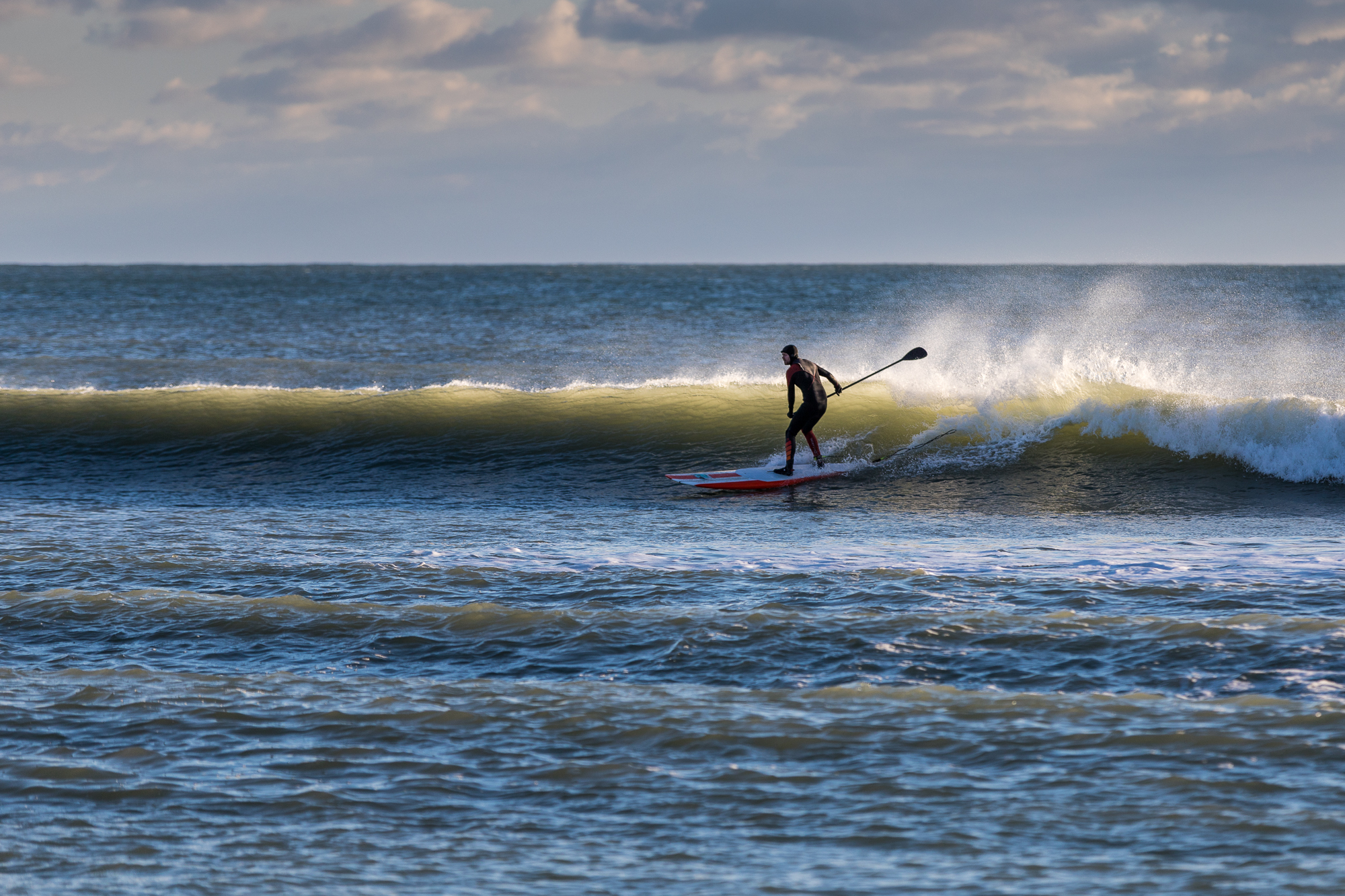 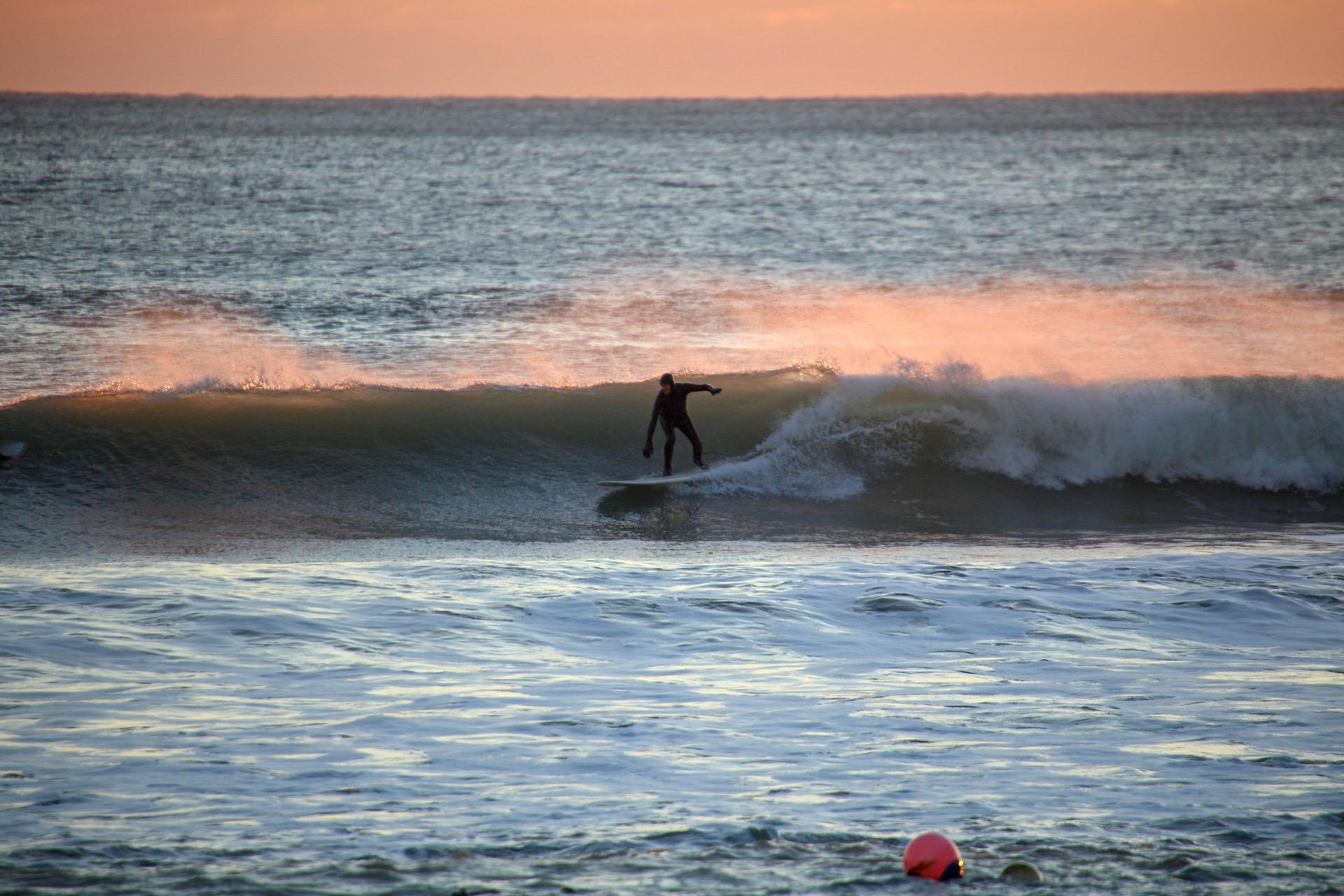 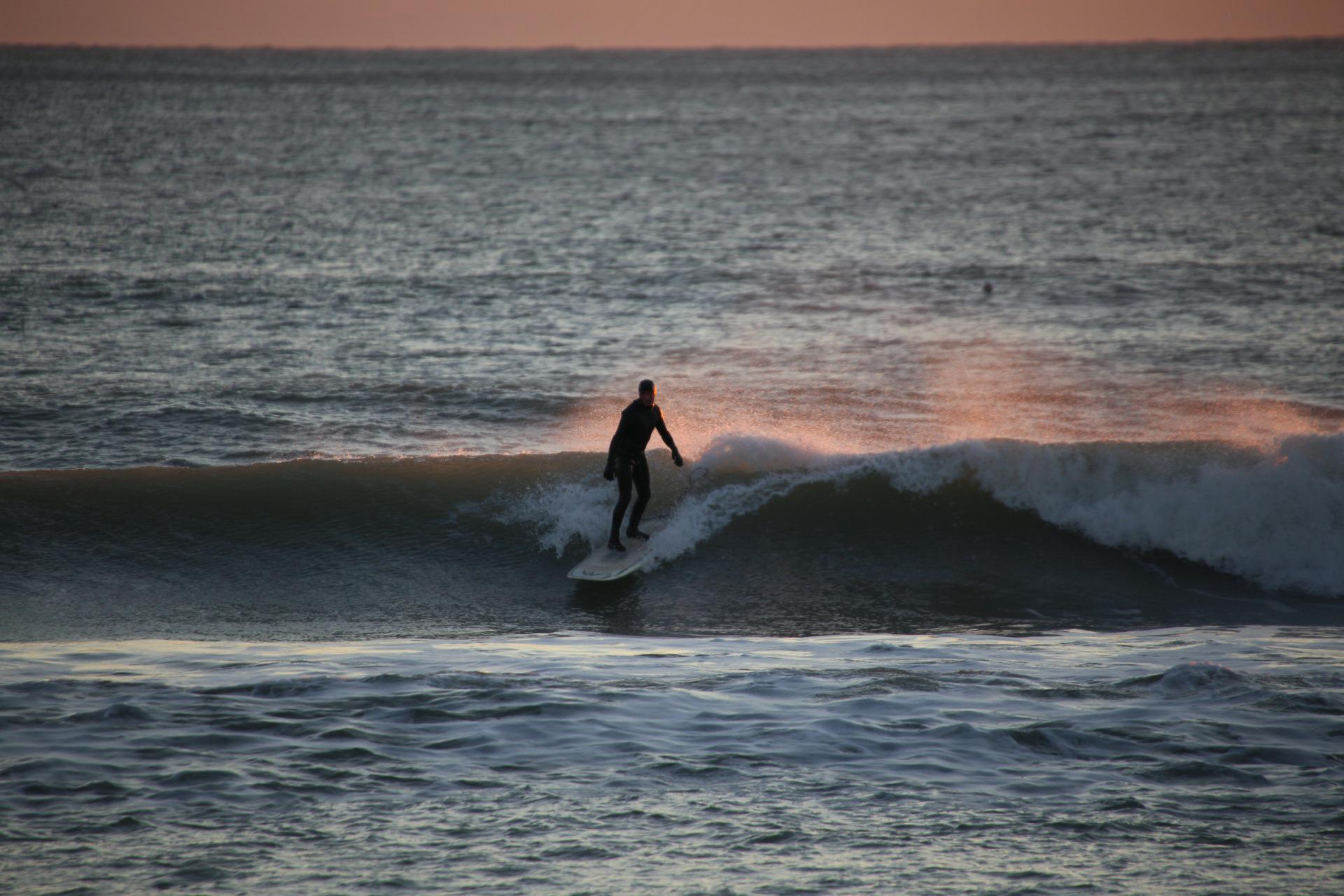 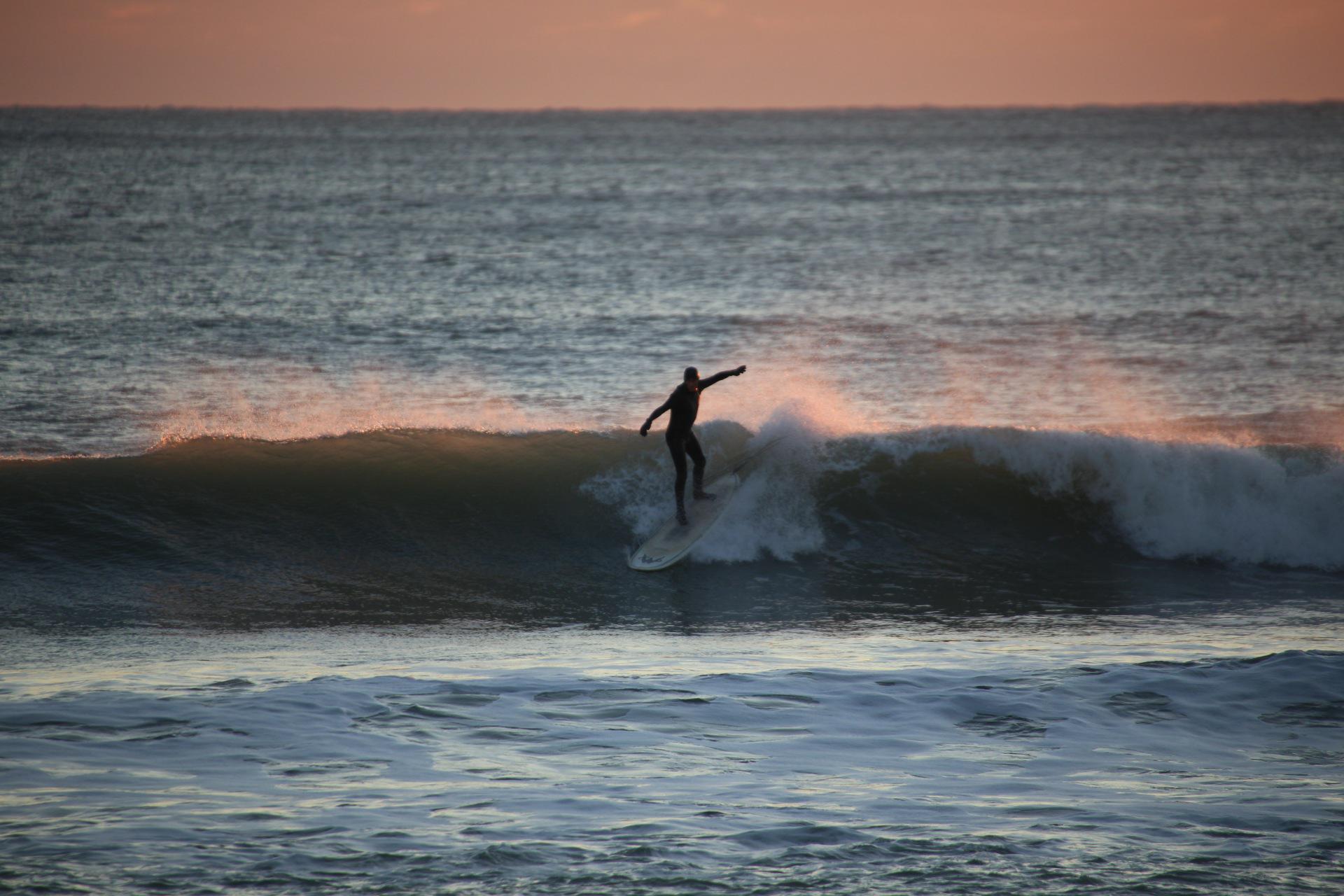 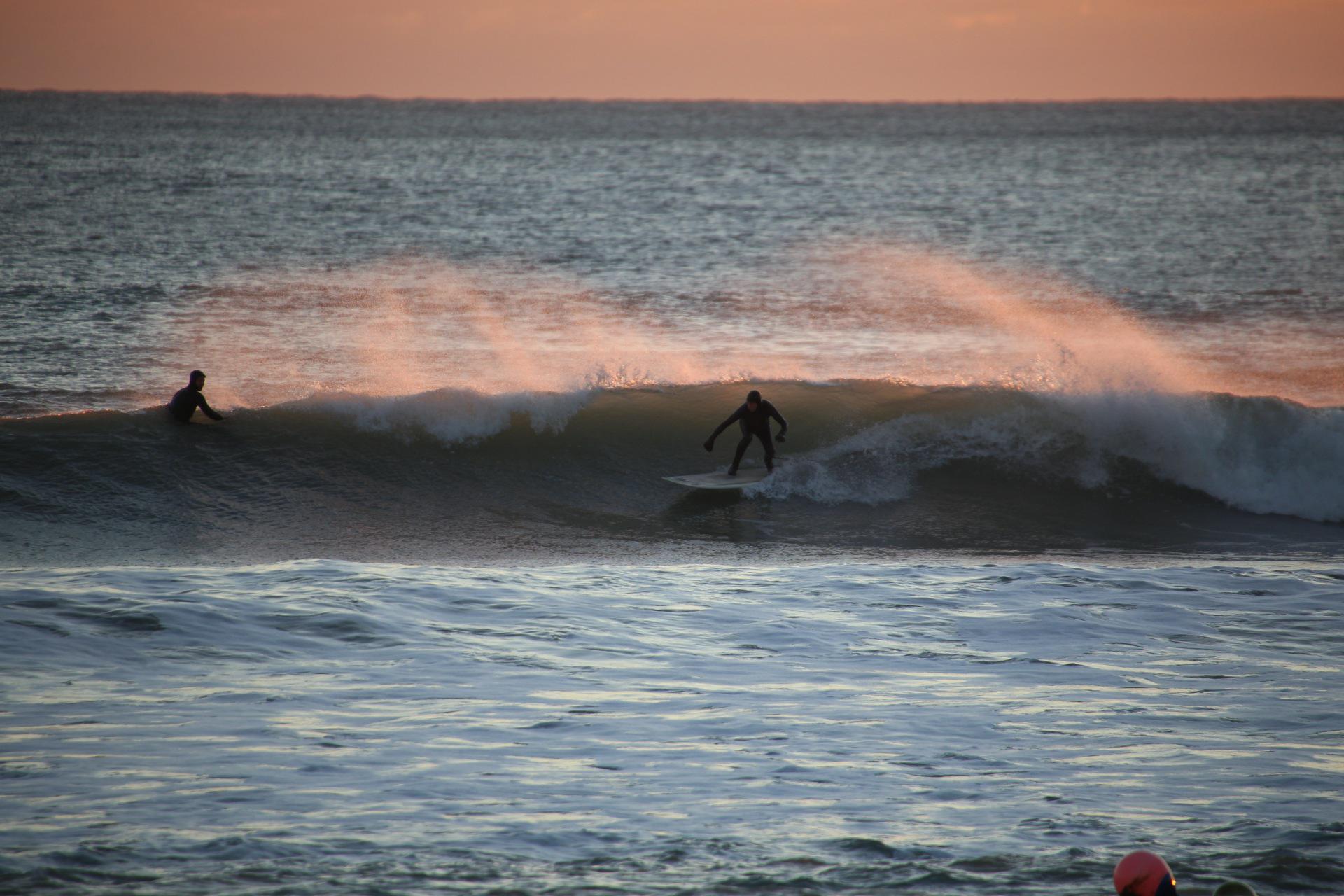 You can see more SUP action and buy boards on Charlies website https://freshwaterbaypaddleboards.co.uk/