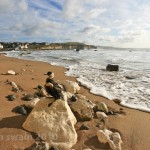 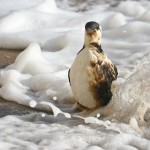 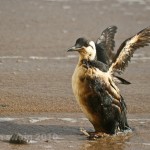 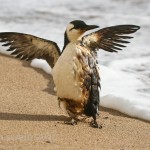 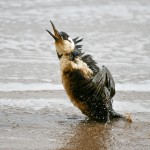 This is not a rant, not even really a moan, it’s just a few rambling observations on life on earth, in the context of trying to make a living as a photographer and being a surfer on this planet, and seeing as lots of you reading this are probably photographers or surfers, i thought it worth  sharing my thoughts and seeing what came back.

So, I spend a lot of time showing a nice sanitised view of the beautiful place that i call home, the wonderful landscape, the stunning coastline, the mesmerising waves and amazing surfers, and it is a great place to live an work, better than many others i’ve seen and tried in my life. But occasionally the ugly reality of modern life seeps in even here, and today i’m posting a set of images taken back in 2008 that remind me of that fact.

I was prompted to return to these shots now, from their place hidden deep in the archives by a recent getty sale.

An image from the same day as this one has been sold to a client in the Chinese Automotive Industry (I don’t know exactly who or what, so if anyone ever see’s it please let me know). I’m assuming (or is it hoping?) that it will be used to promote some new green technology, showing the price we pay for using oil? that sort of thing.

I didn’t post more at the time in 2008 as i wasn’t comfortable with what happened that day, and to be honest it felt wrong to be taking pictures, almost exploitative. And a bit of that feeling returned alongside the happiness i felt at making a sale via getty.

Yes, i did call the RSPCA immediately and stayed to see if he could be helped, and i also made my own donation as well as using the post to generate more donations via my hyperlink, but it still didn’t feel right.

I cant imagine the conflict that a photojournalist must feel catching something genuinely harrowing from a war zone or natural disaster, i know the arguments for reporting and documenting the truth should win in the end, i’m just talking about the actual feeling of being a witness and just clicking a shutter in response, i felt crappy doing this while a living creature suffered in front of me (alongside anger and frustration thinking about the people that caused it)

My getty payment just came through, and i made another donation to the RSPCA http://www.rspca.org.uk/donate because of it, and maybe some of you reading will do the same, so it might feel like some small good has come of it. But sitting here in late 2010, two and a half years on from taking the pictures, there’s more (and bigger) oil spills than ever before and the only change i can see is that images of the waste and destruction have become slightly hotter commodities in the stock photo industry as advertisers seize upon the green message to sell their wares.

Actually thinking about it, images of pollution and or damaging storms seem to be amongst my best sellers, and i’m happy to take their money (we all need to pay the bills) so of course i can see the hypocrisy and futility of having a whinge about it on a photo social network and surfing blog. I’ll probably even put these new shots in the getty artists pick pool in the hope that they get picked for sale too.

So there you are, no great conclusions, and thinking about it not a lot of point to it either, like i said at the beginning, just a few rambling observations of a surfer and photographer feeling pretty powerless in the face of the inevitable. I’ve been a member of Greenpeace and Surfers Against Sewage over the years and despite having great admiration and respect for both organisations (and others like ‘rise above plastics’) and the people who dedicate their lives to the cause, the big picture’s not looking too good right now as far as i can see.

Your messages of hope and optimism will be most welcome.

These images are not available for use on websites, blogs or other media without the explicit written permission of the photographer.