The Shutes at The Wight Surf History Diamond Jubilee Party. 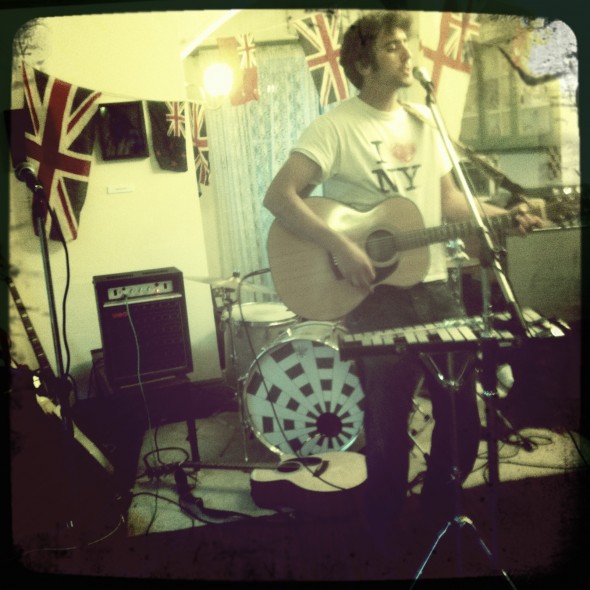 So, its yet another quick blog with a tenuous surfing link, this time watching The Shutes at The Wight Surf History Diamond Jubilee Party at Dimbola Museum and Galleries on Saturday 2nd June.

Didn’t take the camera with me that night, this wasn’t about working it was about having fun, so only a few shots grabbed with the iPhone hipstamatic when it dawned on me that something special was going on.

Not exaggerating to say that it was a really great night, a mellow friendly crowd of surfers and friends, young and old, and loads of great live music from local bands / artists, and a great way to celebrate the Wight Surf History exhibition , Dimbola Lodge and the Jubilee all at the same time. 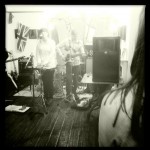 First up and kicking off the evenings entertainment was Sam Scadgell on guitar. Sam’s a real local surfer, living within walking distance of the bay, who also happens to play for my cricket team www.freshwatercc.co.uk and knows which way round to hold a camera too. His standout track for me was his cover of the Counting Crows classic Mr Jones but his whole set was nicely done and set the tone for the whole night.

Next up on stage were a band completely new to me, ‘Black House Crow’, they played a quietly absorbing set with hauntingly beautiful vocals and slowly won me over to their ways. I think it was initially a bit daunting for them with everyone in the room chatting with friends and having a few drinks, but by the end of their set they had everyone paying attention.

And finally The Shutes closed the show with a mesmerising performance that i felt privileged to witness. Another local band with at least one surfer in the line-up (I only know about Chris Jones the drummer, it might be that some of the others surf too?) 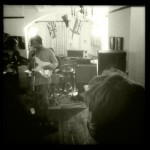 It’s easy to go over the top in these days of social media where everyone is saying nice things online about each other all the time, but they genuinely were incredible, taking me back to some of the best UK indie bands i saw live around London in the 80’s and prompting me to leave a comment on Facebook that everyone who went should “remember this night when they go on to headline at big festivals” as i really believe they could and should be heading for bigger things.

Just leaves me to say a massive thanks to Paul Blackley and Kimmi Piggot for getting the whole party organised, I had nothing to do with this setting this show up as i was supposed to be working photographing a wedding on that day, and was only able to be there in the end because a random bout of chickenpox had meant i’d cancelled my work commitments earlier in the week. But whilst i might have lost a good days wages shooting the wedding, i think gained something priceless in being part of this special west wight night.
Google