Orlebar Brown, home of some very trendy and seriously upmarket clothing (well it might not be to everyone else, but it is definitely upmarket when compared to my usual budget 🙂 are running a ‘Surfin UK’ feature on their OB APPROVED website to co-incide with the 2012 London Surf / Film Festival (which takes place at Riverside Studios in Hammersmith, literally a stones throw from where i lived for about 10 years!).

I was pleased and a little bit flattered to be chosen as one of the featured photographers, check out the website and have a look at the beautiful images on display from Chris Nelson, Demi Taylor, Sharpy, Robert Reader, Karl Mackie and Jason Swain.

“The British surf scene is amongst the most relevant and popular in the world. Surfers, photographers, film makers and writers alike each live out their passion not just in the summertime, but also during the autumn and winter months, when the waves really pick up pace.” 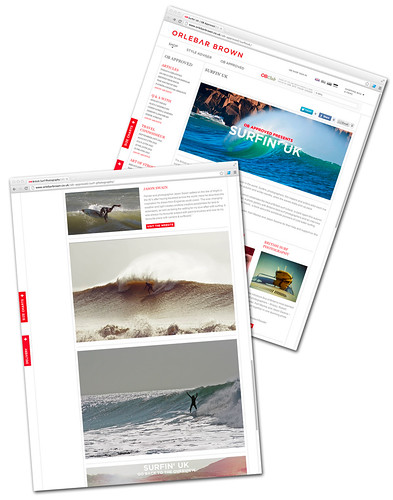 This and the other photos on the site are all © Jason Swain with All Rights Reserved. The image is not available for use on websites, blogs or other media without the explicit written permission of the photographer. Please contact me via email photo@jasonswain.co.uk if you want to use it in any way or license it for your own project.