When the people at blackleaf.com got in touch asking if i’d review the Northcore changing mat/bag and beach basha (changing robe) for the soulsurfing blog I was initially a bit reluctant, seeing as i already had a perfectly good moonbag and a Billabong changing robe (both of which i think we’re christmas gifts from family members who always struggle to come up with good ideas for presents to get the surfer in the family). 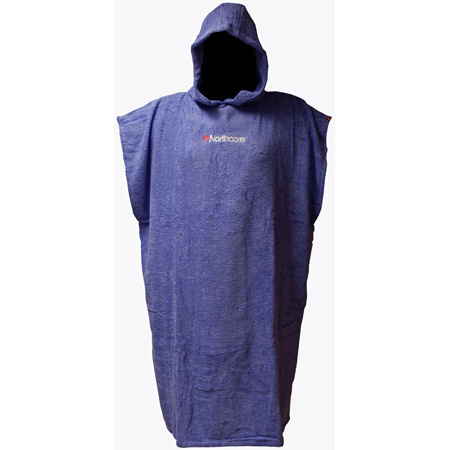 But the Moonbag has been on the go for a few years now and had a lot of use, so its seen better days, and i’ve never really got on that well with the Billabong robe (just always felt clumsy in it|) so I decided to give the Northcore versions both a go, in the hope of streamlining my winter surf changing experience.

Anyone who’s ever surfed through a UK winter and doesn’t own a fully kitted out camper van will appreciate the desire (need) to make getting changed before and after a surf as quick and painless as possible.

Pre-surf its all about ease and speed so you don’t waste any precious seconds messing around in a frozen car-park or windy cliff-top when you could be actually in the water catching waves, and after a surf, anything that gets you out of the cold and back into the warmth asap becomes vitally important so your extremities don’t drop-off.

So having put the initial reluctance to one side and decided to give the NorthCore stuff a go, the only other problem was the timing of the request, June, right at the beginning of what for most of us on the south coast is a prolonged period of surf starvation. It’s also the time of year when most of us also revel in the fact that should there be a freak bit of long range groundswell or (more likely) a bit of local wind-slop, we can get changed on windy cliff tops and enjoy a refreshing warm breeze as we expose ourselves to the elements.

But both items still have their uses, even out of surf season, the bag is great for keeping a wetsuit sand and grit free when changing, and it also saves the back of the car from smelling of old wetsuit when you are transporting it home. And as much as I might like the idea of ripping of my wetsuit and feeling the warm sunshine on my behind, apparently it’s not what everyone else on the beach / car-park wants to see, so the robe is pretty handy at keeping things decent, as well as warm. 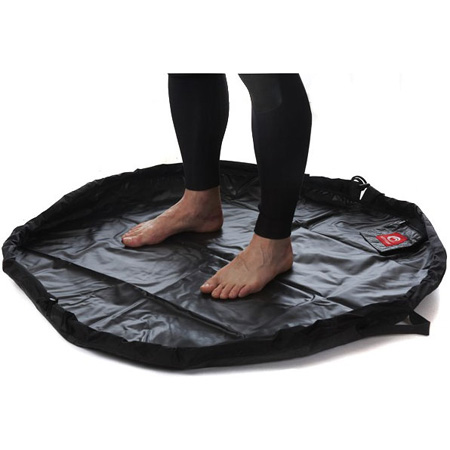 So thats the theory, what are they like in practise? well starting with the north core changing bag, it does the job pretty well, it’s got convenient handles and pull-string just like the moonbag, and it also has the added extra of a little wax pouch. It’s not where i’d keep my wax, but i guess it will be handy for some. Can’t say its any better at this stage, they both do the same thing pretty well, maybe time will tell if it lasts longer than my old one (you’ll have to check back in about 5 years to find out 🙂

But.. the northcore beach basha (changing robe) has been a really pleasant surprise, something about the design, the way it’s cut, just makes the whole removing wetsuit process easier, and I’ve actually used it to get changed in and found it made life easier. The Billabong version just became a glorified towel in the end really, but this one is doing what it says on the packet  so thats a big thumbs up from me.

So in conclusion, whilst neither product is going to make you a better surfer, they might just make you slightly more comfortable whilst you are trying to be one, and the robe could save you from indecent exposure charges at the same time. If you’re interested, you can find both of them on the http://www.blackleaf.com/Northcore-Surf-Accessories/blb438.htm website.