Sharing the line-up at Compton Bay

OK, this is not strictly a surf blog, but i’ve not written anything on the site for so long that any excuse to write a new blog has to be taken, and it does feature a few surfers and a longboard so that will have to do for now as its the middle of summer and we’re not having much in the way of swell to talk about anyway.

So, I might not be shooting at the Isle of Wight Pop festival this year, but that doesn’t mean my life is totally without excitement this weekend.

It’s the Friday morning of IOW festival and I get an excited call from my friend, and fellow photographer and surfer Paul Blackley, telling me to get over to Compton Bay as soon as I could and to bring my big lens (the 500mm Sigma telephoto), as he was with his girls at the beach, and the ‘big log’ they’d seen floating just offshore had just yawned and was in fact a large seal. So of course I dropped everything and jumped straight in the car.

The log was still in place when i got there, It had been in the same spot for about half hour, and there was now some concern that it might be caught in a net or injured in some way. So I (bravely) volunteered to roll up my trousers, wade in a little and take a few photos, whilst Paul had the far easier and safer job of putting on his wetsuit and paddling out for a closer look, he did this with the help of Roger Backhouse (another old surfer who just happened to be at the beach and going for a paddle) in a sort of vintage surfers version of international rescue.

In the end it seems the seal was ok after all and was not tangled up in anything. It initially submerged and moved away when Paul got near (no closer than about 15ft away according to Paul), but then seemed calm and curious as it returned for a closer look at the two humans pretending to be seals. As a photographer I admit that I might have been hoping for a more exciting shoot, perhaps with a randy seal chasing Paul out of the water, but although that wasn’t to be, it was a happy ending of sorts, as the seal was fine and everyone went about their business. I later heard reports via facebook, that a seal fitting a similar description (bloody big head) had been spotted cruising the line up at Sandown when a few people were out enjoying a bit of easterly windswell. 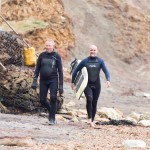 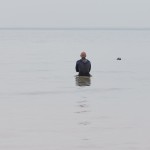 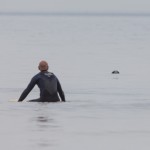 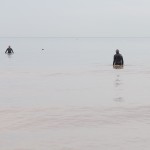 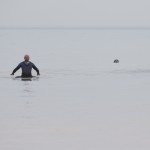 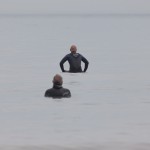 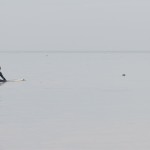 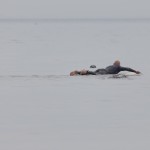 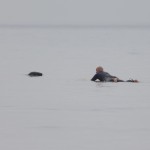 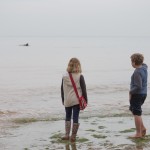 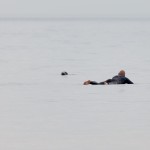 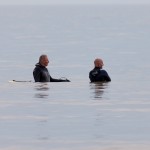 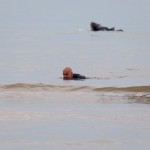 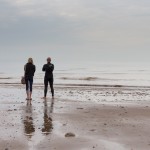