How will you get to Compton with a surfboard when the Military Road is closed?

So, how will you get to Compton with a surfboard when the Military Road is closed? I think by now everyone will have heard the news, or maybe even had a look themselves, at the recent landslip along the military road (Thats the main road along the south west coast of the Isle of Wight for people not familiar). There’s been loads of debate on Ventnorblog.com and other sites about how it will affect tourism etc, there’s facebook groups and petitions with the valid concerns of local residents, but i haven’t read anything about how it will affect surfers, and from what i’ve seen over the last 15 years, they are one of the biggest groups of year-round users of the place.

Will it mean more crowds at Freshwater bay and fields? as surely a certain % of surfers will stop and have a look at those breaks, if they are forced to detour via Freshwater Bay to get to Hanover car park. Or will everyone try and squeeze into Brook car park and walk along the cliffs or beach?

Of course, miracles might happen and either the erosion will stop where it is, and one lane of the military road will remain open (those traffic lights will be fun in the summer) or maybe someone will come up with the £10m figure thats being bandied about as the amount needed to sort it out.

Here’s an email i got this morning from Jill Wareham who’s running a facebook campaign to save the road, better act soon if you want it to stay open!

Subject: Military Road will close at Brook
The recommendation to the Cabinet (7 Councillors) of the Isle of Wight Council due to meet on 30th March is that when the road becomes unsafe, the council truncates the road both side of the breach at point (between Brook and Compton) and install turning heads and improve car parking as necessary.
This means that the Council don’t care – they’ve done no consultation with the public and the road could close at this point tomorrow.
Please write to Cllr Giles the Councillor in charge of roads at edward.giles@iow.gov.uk if you don’t want this to happen.
7 Councillors could let this road close – is this what you want?

So a week later, and Jill is reporting good news on the facebook group today, the Councillors have decided to defer the decision to close the road. People power works! They have decided that they are going to consult people – possibly because of the amount of emails Cllr Giles has had this week. They are also going to get round the table with Natural England and the Environment Agency, etc to see what can be done.

Here’s a few pics* i took there last week, and also a couple of bonus ones from Brook, proving that whilst it can be beautiful there, there’s also still a bit of beach cleaning to be done here to… (thats not a dig at the great job done with the recent SAS beach clean at Grange by the way, just a reminder that there’s always more to do, and always will be as long as people keep treating the sea like a garbage dump)

*please note that the image with the bus is deliberately trying to attract interest and spark debate by exaggerating reality. The wide angle lens and the low angle,  and a bit of extra editing are all designed to make that look more dramatic than it really is. Although with all the rain we had over the last few days, reality might now have imitated art and overtaken it. 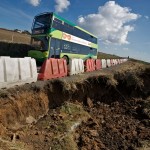 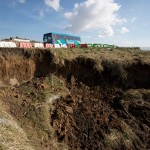 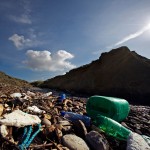 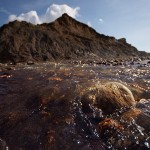