Finally got something surf related to share again! and this time its an idea i’ve been trying to get off the ground for a while now, i’m inviting people to write a little guest blog for the site, i’d like to hear what soul surfing means to you, wherever you are in the world, and whatever you ride. This piece comes from Theodore Kallmyer in NZ and he’s waxing lyrical about SUP’s!

Ahh Winter, the holidaymakers are all gone from our beach communities and now it’s just the waves and us.

There’s nothing quit like the feeling of being one of the only surfers in the water on a nice winter’s day in New Zealand. The serenity, the roar of the waves, and the chill of the water, all make for a great Zen-like state while waiting for the perfect wave.

Once on the wave, the freedom of riding freely without maneuvering around someone or cutting the ride short to avoid a collision is such a great thing and most certainly makes up for the chilly waters.

Often New Zealand gets a bad rap for it’s few popularized surf breaks as many would head to the land of OZ for epic surf trips. What most people don’t know is there are many great surf beaches in New Zealand and with it’s compact land area, you’re never too far from one.

While short boarders and long boarders still dominate the waters here, there is a new breed of surfing emerging and that is Stand Up Paddle Board Surfing or SUP Surfing. While the west coast beaches have pretty consistent surf, the east coast is a little less consistent so SUP surfboards are perfect for those small days that seem to plague the east coast for days on end.

For the soul surfer who loves to be in the water all year long and as much as possible, SUP boards can be yet another avenue for more wave time as they have the ability to catch the micro-lines that roll in on the east coast of New Zealand.

Another reason New Zealand is a great place to surf is the shear beauty of the landscape and beaches that surround the two islands. There is nothing like sitting out back in the crystal clear waters as the sun sets over Mount Maunganui without any huge high rise hotels ruining the view.

If you’re looking for a great surf destination, look no further than New Zealand and don’t wait for Summer down under, come experience soul surfing at it’s finest during the Winter in Aotearoa. 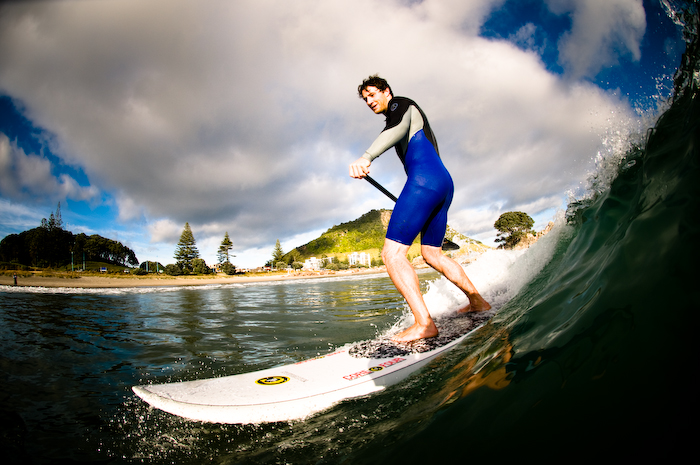